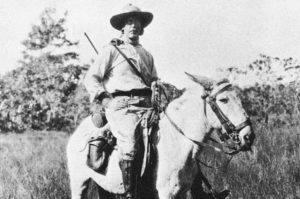 Colonel Percy Harrison Fawcett (1867 – in or after 1925) was a British archaeologist and explorer. Along with his son, Fawcett disappeared under unknown circumstances in 1925 during an expedition to find what he believed to be an ancient lost city in the uncharted jungles of Brazil.

For years afterward, speculations concerning the Colonel’s whereabouts or his ultimate fate abounded. And though a number of expeditions were dispatched to find him, he was never seen or heard from again.

The rumors and the mystery, however, lingered for years… and still persist in the minds of those who seek lost cities and lost civilizations. Colonel Fawcett, it would appear, was not interested in lost mines or treasure.

His whole life revolved around the idea that somewhere in the dense jungles of South America there existed ruins, old cities, etc., that would prove beyond a doubt the existence of a lost civilization, older than ancient Egypt and probably proof that Atlantis was real.

Rumors of lost mines, cities and old ruins are quite common in South America’s deep jungles. Fawcett based most of his beliefs on a document found in the archives at Rio de Janeiro. The manuscript stated that somewhere back in the early 1600s, a half- Portuguese, half-Indian, known to the natives as Muribeca, discovered mines of silver, gold and precious stones. When he died in about 1622, the secret of these valuable mines died with him.

In 1743 a group of Portuguese along with slaves and a number of Indians, set out in quest of these fabulous mines. Eleven years later the survivors were heard of in the coastal regions of West Central Brazil, but they never reappeared again in the civilized world.

Their report, which was found in the middle of the 19th century, tells of finding a city built of huge blocks of stone, deserted and apparently destroyed ages ago by an earthquake. The expedition found a few gold coins and a number of mine shafts.

The nearby river could also be easily panned for large quantities of gold. A statue and some inscriptions in stone appeared to these men as being very Grecian in nature. The expedition made haste to get back to civilization, planning to return with a larger, better-equipped force.

Unfortunately, they never made it. They did mention one more strange incident in their report; On the return trip they said they saw two members of the much-rumored “white Indians”. They had white skin and long, black hair.

Colonel Fawcett put much faith in the account. As he told a friend, “The story is too circumstantial to be dismissed. And its details are beyond the imagination of more or less illiterate people.” There is some truth in what Fawcett said.

The details, including the hieroglyphic inscriptions, are very explicit. The Colonel was certainly no stranger to the South American jungles. Before beginning his own ill-fated quest in 1925, he had been there first in 1906 to do survey work for the Bolivian government. From then until the beginning of World War I in 1914, he led several expeditions into the Brazilian jungles. 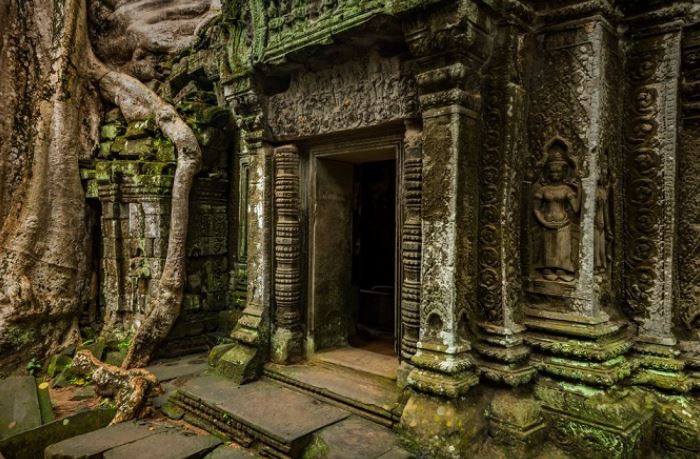 Fawcett’s first expedition to South America was in 1906 when he travelled to Brazil to map a jungle area at the border of Brazil and Bolivia at the behest of the Royal Geographic Society; the society had been commissioned to map the area as a third party, unbiased by local national interests. He arrived in La Paz, Bolivia, in June.

Whilst on the expedition, Fawcett claimed to have seen a giant anaconda, for which he was widely ridiculed by the scientific community. He reported other mysterious animals unknown to zoology, such as a small cat-like dog about the size of a foxhound, which he claimed to have seen twice. Fawcett made seven expeditions between 1906 and 1924. He mostly got along with the locals through gifts, patience and courteous behaviour.

In 1910 Fawcett made a trip to Heath River to find its source. Following his 1913 expedition, he supposedly claimed to have seen dogs with double noses – these may have been Double-nosed Andean tiger hounds. He returned to Britain for active service in the army during World War I, but after the war he returned to Brazil to study local wildlife and archaeology.

After the war he again returned, but this time with the prime purpose of finding his lost cities. In looking into his background we find that Colonel Fawcett was not only a man of action, but also a mystic, a student of the occult.

His interest in the occult hurt his credibility and his reports of strange findings in the jungle were largely discounted. The conventional view was that anyone believing in psychic matters could not be taken too seriously.

Nevertheless, the Colonel took his work very seriously. He neither smoked or drank. And although considered a dreamer, by some, he was always anxious to find facts to back up his theories.

Fawcett believed a large continent existed between the present continents of Africa and South America. In fact he believed Brazil was part of it. Or at least had some close connection with it.

At any rate, this lost continent, also know as “Atlantis,” was destroyed by a terrible catastrophe. As evidence Fawcett cited similarities between artifacts found in Africa and South America. He also believed the so-called “white Indians” of the interior jungles were remnants of this lost civilization, perhaps Atlantis.

Finding the ancient cities would enable him to prove this for once and for all, he believed. Another thing Fawcett pointed out was that Solimoes was the native name of the Amazon. It is the same as Soliman or Solomon, suggesting that ships of King Solomon and King Hiram of Tyre made voyages to South America many years in the past.

Even rock inscriptions in the Amazon region have more than a little similarity to Phoenician letters. Fawcett also spoke of another story that he claims was quite widely known. In this the Indians described certain towers or buildings in the jungle with “lights that never go out.” If so, perhaps this lost civilization still retained some of the secrets of their past…like electricity or atomic power.

The Colonel had in his possession a stone idol given to him by the English novelist Sir H. Rider Haggard. Haggard obtained the idol from Brazil and felt that it came from a lost city.

Fawcett said that while holding the idol, it felt as though an electric current were flowing up a person’s arm, sometimes so strong that the holder would have to lay it down. Experts at the British museum acknowledged that it was no fake, but could shed no light on its origin.

In 1925, Colonel Fawcett, his son Jack, and Jack’s young American friend, Raleigh Roomily, set out to find the lost cities in Brazil’s Central Plateau, the Matto Grosso region. The last sign of Fawcett was on May 29, 1925 when Fawcett telegraphed his wife that he was ready to go into unexplored territory only with Jack and Jack’s friend Raleigh Rimmell.

They were reported to be crossing the Upper Xingu, a south-eastern tributary of the Amazon River. Then nothing more was heard of them. Many presumed that local Indians had killed them, several tribes being posited at the time – the Kalapalos who last saw them, or the Arumás, Suyás, or Xavantes tribes whose territory they were entering.

Both of the younger men were lame and ill when last seen, and there is no proof they were murdered. It is plausible that they died of natural causes in the Brazilian jungle. In 1927, a nameplate of Fawcett was found with an Indian tribe.

Several search parties were sent out, including one in 1928 by the North American Newspaper Alliance, an organization that had financially helped Colonel Fawcett. Alas, nothing substantial was ever found.

In June 1933, a theodolite compass belonging to Fawcett was found near the Baciary Indians of Matto Grosso by Colonel Aniceto Botelho Did Fawcett find his lost cities? Proof of Atlantis? Some believe he did. Others say Indians killed the Fawcett party.

Now only the jungle knows. Many parts of the Brazilian jungle are still almost inacessible. But much of that mysterious wilderness is being rapidly pushed back by de-foresting and settlements. Will Colonel Fawcett’s lost cities finally be revealed? Will the mystery at last be solved? Maybe. But the jungle does not give up her secrets too easily.