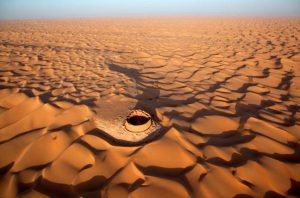 This tower remains a historical mystery. Built in the middle of an ocean of sand dunes of the Sahara Desert, in the middle of nowhere, Ksar of Draa never revealed her secrets. It is located about fifty kilometers from the city of Timimun.

No confirmed answers, only vague speculation. Even in the ancient writings of the indigenous peoples of the region, there are no historical references to this fortress. 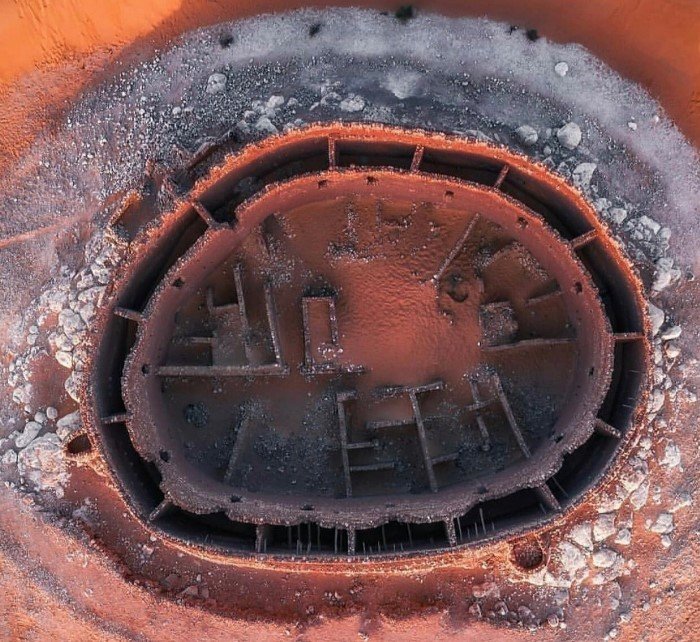 The Draa ksar rises majestically in the middle of an ocean of dunes. It has a characteristic circular shape, stands out in the middle of the desert and its history has been lost over the centuries.

Visiting this ksar is not an easy task without the help of expert guides. However, as you can imagine, once reached, its view and exploration of its environments must be an indescribable experience.

Not even the locals are able to provide information on this very particular structure, the only news related to it is that for a certain period of time it was occupied by the Jews of the Timimoun region.

But in what precise period? What use did they make of it? Was it really a fortified castle or could it be a military post or even a prison? Or is it a caravanserai? 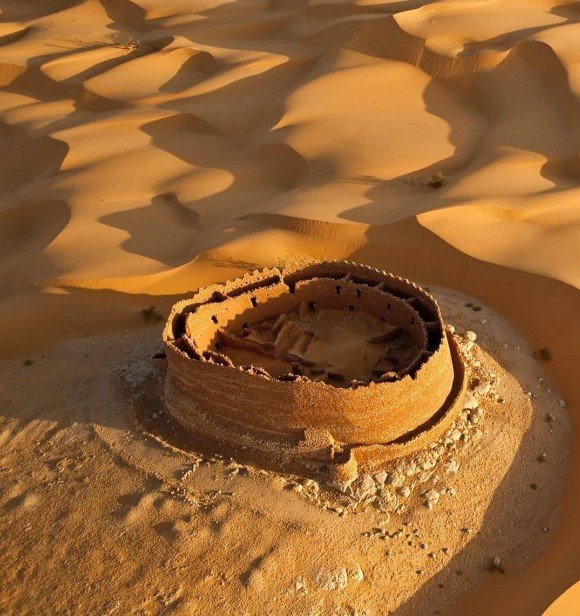 Unfortunately, what remains of its structure is not very helpful in understanding its original function. A circular wall, about two meters high, surrounds the ksar towards the outside.

This is also a circular one, consisting of a double wall, the external one in stones bound with clay and the internal one in clay only. It has a single access point to the north, and a series of rooms on three levels develop between the two walls.

The absence of exposed stairs allows us to hypothesize that there were internal ones that allowed access to the various floors. A further peculiarity lies in the fact that there are no communicating rooms and not even any windows facing outwards.

To date the function of this building remains a real mystery. Its particularity obviously led to the formulation of the most disparate hypotheses, but to the spread of singular legends linked to this very special place.

Among the most recent is that of an American team (of scholars?) Who arrived in Timimoun in the 1980s. This recruited the best guides in the region, gathered supplies and entered the Tinerkourk Erg. After crossing the sea of ​​dunes, the expedition reached the mysterious building.

The Americans asked the guides to leave them alone and pick them up after a week. Nobody knows what they looked for in the ksar or even what they eventually found inside.