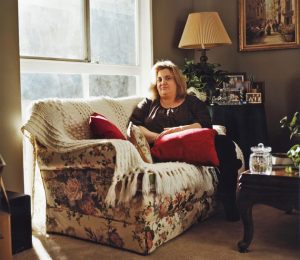 Jill Price is an American woman who has been diagnosed with hyperthymesia. She was the first person to receive such diagnosis, and it was her case that propounded such research.

Price is able to recite details of every day of her life since she was fourteen years old. She can recall various obscure moments of her life in great detail. Her condition, termed hyperthymesia, or “hyperthymestic syndrome”, is characterized by a highly superior autobiographical memory.

She described her life as like a split-screen television, with one side showing what she is doing in the present, and the other showing the memories which she cannot hold back.

Every detail about every day since 1980 – what time she got up, who she met, what she did, even what she ate – is locked in her brain and can be released to come flooding back by common triggers like songs, smells or place names. Mrs Price, a widow who is a school administrator, sometimes struggles to sleep because the vivid memories crowd her mind and stop her relaxing.

Her condition is so rare that scientists had to coin a term for her condition – hyperthymestic syndrome from the Greek thymesis, for remembering, and hyper, meaning well above normal.

For years she remained anonymous, referred to only by initials in scientific journals while experts at the University of California-Irvine tested her ability. Mrs Price said her memory started working overtime after her family moved to Los Angeles when she was eight and from the time she was 14, in 1980, she can remember absolutely everything.

Neuroscientists say a trauma such as moving the family home can trigger major, lingering changes in the brain, especially in children who cling to memories of how their life had been. Mrs Price said: “Some memories are good and give me a warm, safe feeling.

“But I also recall every bad decision, insult and excruciating embarrassment. Over the years it has eaten me up. It has kind of paralysed me.”

Mrs Price was so worried by her condition that in 2000 she asked neuroscientist Professor James McGaugh, a world expert on memory, what was wrong. She wrote to him: “My memory is too strong. It’s like a running movie that never stops.

“Most have called it a gift. But I call it a burden. I run my entire life through my head every day and it drives me crazy!”

Professor McGaugh spoke to her and was astonished. He said: “You could give her a date picked at random from years ago and within seconds she’d tell you what day of the week it was, and not only what she did but other key events of the day.”

From the age of 10 until she was 34, Mrs Price kept a daily diary, which allowed scientists to check events as she remembered them now against what she wrote down at the time. Mrs Price, who has written a book called The Woman Who Can’t Forget, blames her vivid memories for many years of depression.

Professor McGaugh has since discovered five other adults with similar powers and 50 more “possibles”. He said MRI scans indicated their brains were a slightly different shape to normal.

Two other patterns have emerged. Mrs Price and three of the other five are left-handed and they all compulsively collect things like TV guides, old films and theatre programmes.