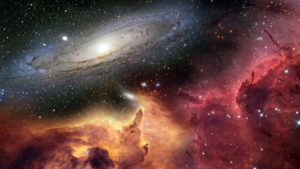 Pythagoras is known for his theorem that changed mathematics, the ability to listen to the sound of spheres and for revealing the sacred geometry – a proportion that is present in everything in nature like a seal of the divine.

Many people have also heard about the numerology that derives from Pythagorean teachings and how the numbers influence people’s personality. However, not many people know the real philosophy behind the numbers and why they mean much more than just quantity.

By counting from one to nine, one may understand the whole history of the universe, humanity and the soul. Follow Pythagoras in this journey through the universe’s life in nine moments.

The Meaning of Number One, Two and Three

In the first moment of the universe, there is nothing but only a vital force, one thing that contains all others, condensed in one small dot, the will.

Then, in the second moment, that one force expands, leaving the condition of being one, generating duality, light and darkness, good and evil, fullness and emptiness, which is a natural result of separation. This is the big bang, represented by number two, duality but also wisdom, as separation is necessary for the universe to be conscious of itself.

Number three refers to shape and intelligence. Everything that exists has a shape. Shapes do not refer only to physical things, but also to justice, beauty, etc; according to Pythagoras, in the third moment of universe, it’s said that all archetypes are established as a result of God’s intelligence.

Number three is represented by a triangle and it’s interesting to notice that the triangle is the fist possible geometrical shape, as it’s necessary to have at least three connected points in order to have a closed form.

This is the beginning of existence and the basis for everything that comes after. In different cultures and religions, these three attributes of existence are revealed under different names, they are Father, Son and Holy Spirit in Christianity; Brahma, Vishnu and Shiva in Hinduism; Buddha, Dharma and Sangha in Buddhism, etc. 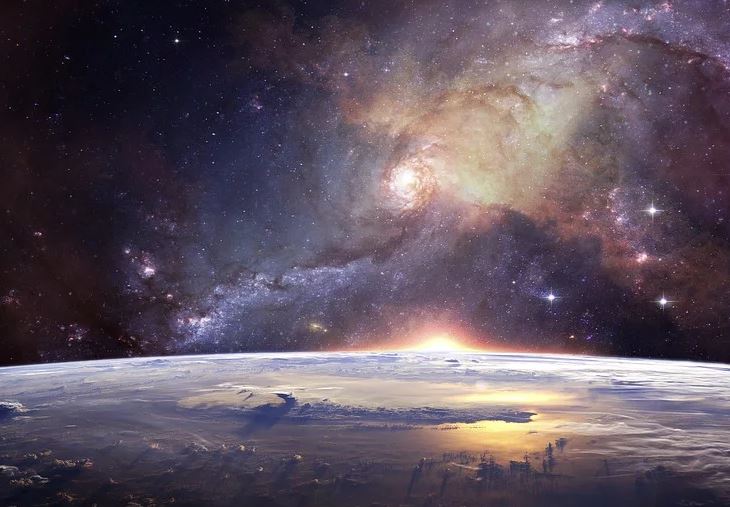 The Meaning of Number Four, Five and Six

Number four represents the four elements. It refers to the physical world, the four elements which are present in everything in the matter, they are fire, air, water and earth and Hydrogen, Oxygen, Nitrogen and Carbon. It also corresponds to animal life. It is represented by a square or a cube.

In the fifth moment of the universe’s journey, human life emerges as a result of evolution from animals when four becomes five and the mental faculty allows humans to create and build things that animals couldn’t.

Number six means the ideal world mirroring the physical world. It represents the sixth sense, intuition. In the sixth moment of the universe, the five human senses become six, as intuitive knowledge emerges.

In Hermeticism, the universe is mental in its nature and in the sixth stage of its journey, the mind reaches its peak, being able to reproduce the archetypes reflecting them in the physical world. Number six is represented by the seal of Solomon, or star of David, which are two triangles, one reflecting the other.

Number Seven – the Meaning of the Christian Cross

Number seven means unity, togetherness. It is a very important number in Pythagorean tradition as it corresponds to the final destination of the universe, which is to reunite in the unity, go back to its original condition, oneness.

All myths of humanity tell this same story, the fragmentation of God and the return to its origin. It appears in the myth of Osiris, when pieces of his body is scattered in the world and Isis needs to join the pieces together.

An interesting fact about number seven is that it is the union of number three — which is associated with the attributes of God — with number four – the material world. Thus, 3 + 4 = 7 or divinity + matter = unity or triangle + square = pyramid. Number seven, then, is represented by a pyramid, symbolizing the universe’s journey towards unity.

The Meaning of Number Eight and Nine

Number eight means eternity, infinity. In the eighth moment, when the universe is back in its original condition, it’s eternal as all things have returned to its source. There’s no separation, all is one. Number eight can be represented by the ouroboros, the snake swallowing its own tail in an eternal cycle.

But then, comes the ninth moment of universe when it prepares to start all over again, from the beginning, in a new journey. According to Pythagoras, the universe is a constant cycle of separation and reunion, and in every new fragmentation, God collects new data from his trip.

This process is the macrocosm of everything that happens in nature. Humanity also goes through this cycle and so do individuals. Read Life on Other Planets According to Theosophy to understand this process applied to the cycle of the soul towards unity.

There are scientific theories about the origin of universe that suggest that it expands and condensates ad infinitum. Some scientists have stated that there have been many big bangs and there will be many others. Pythagoras, many many years ago, already said so.