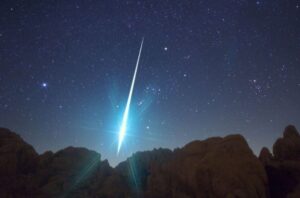 On January 15, a large object from space entered the Earth’s atmosphere over Mexico, which was observed by the inhabitants of the Mexican state of Chiapas and which scientists hastened to declare as a meteorite, but viewing eyewitness videos does not confirm this version.

The way the object looks, how it passes through the dense layers of the earth’s atmosphere, does not in any way correspond to how it happens with meteorites.

There was no explosion, no bright glow, or any other indication that it was a meteorite.

It is obvious that a certain object entered the earth’s atmosphere, which has a completely different nature than ordinary “stones” from space.