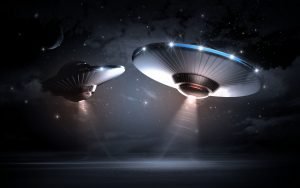 The space agency NASA announced the start of research into the phenomenon of “anomalous atmospheric phenomena”. This term has replaced the usual abbreviation UFO (unidentified flying objects).

First, let’s define terminology. UFO refers to any atmospheric phenomenon, the cause of which is unknown. Researchers have carefully avoided calling them flying saucers, alien spaceships, or alien technology, as the definition is much broader.

UFOs can include fireballs, meteorological probes, secret military vehicles and even clouds of an unusual shape – in a word, absolutely all incomprehensible objects in the air. Exactly with the same stubbornness, the public continues to believe that inside all these “luminous triangles” and “heavenly castles” there are aliens who have flown to us from other planets.

From time to time, serious scientists and even military departments try to explain the nature of UFOs, but each time the verdict remains the same: “We know nothing.”

Even last year’s statement by the US Department of Defense on anomalies in the sky can be summarized in roughly the same words. At the same time, there is growing evidence of unidentified phenomena: smartphones of ordinary people and radars of military aircraft are increasingly recording strange lights in the sky and rapidly flying objects.

This uncertainty forced NASA to allocate $100,000 to the study of UFOs. Frankly, the amount is quite modest, but it is worth considering that up to this point the space agency has generally ignored the phenomenon. At least officially.

Now, a research team led by Princeton University astrophysicist David Spergel will try to expand the existing UFO data set to better understand the phenomenon. Simply put, it will be an attempt by citizen scientists to understand at least something. Since all available information (if any) is carefully classified by military departments.

Meanwhile, astrophysicist Avi Loeb, a former professor at Harvard University, launched a private initiative called Project Galileo. Its goal is to search for potential evidence of alien technology on Earth.

The researcher argues as follows: if UFOs are alien ships, they must leave some traces: if not loose nuts, then at least radioactive radiation or something like that.

By the way, this is the same scientist who made a loud statement about the nature of the origin of the asteroid Oumuamua, which flew through the solar system. In his opinion, the space object is an alien probe from another galaxy.

It is not surprising that it was Avi Loeb who sent a proposal for cooperation to NASA a couple of years ago, but the agency, without answering him, created its own project to study flying saucers.

Now the astrophysicist is fascinated by the idea of ​​raising meteorite fragments from the bottom of the Pacific Ocean. On January 8, 2014, a small “space guest” fell near Papua New Guinea.

Its speed upon entry into the atmosphere was an incredible 160 thousand kilometers per hour (according to some sources, even 210 thousand), the object broke up into fragments that fell into the water near Manus Island.

All this time, information about the meteorite was hidden, since the only instrument that recorded its fall was an American spy satellite.

But eight years later, the data was declassified, and now scientists are sure that the asteroid (CNEOS 2014-01-08) is an interstellar object that came to us from another galaxy. Avi Loeb even thinks that this is a fragment of an alien spaceship or probe.

The fact that pieces of such a small object did not burn completely suggests that it is made of a material stronger than iron. This leads scientists to wonder if it was artificial.

In short, today there are many research projects devoted to UFOs – a topic that was carefully avoided in the past. Discussions about life on other planets have moved into the “it certainly exists, we’re just badly looking” register.

Scientists and space agencies are building probes to search for microbes on Mars and Europa (a moon of Jupiter), telescopes are looking for biomarkers in the emission spectra of exoplanets. At this rate, in a few years, we may well find out that UFOs are indeed flying saucers of aliens studying life on Earth.

What Happened in the Rendlesham Forest: Encounter With UFO and Aliens