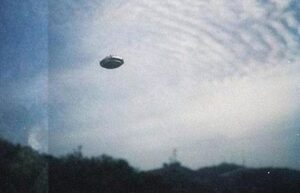 The opening of the laboratory comes almost a year after it became known that the Japanese Ministry of Defense would make plans in the event of any potential UFO encounters.

The laboratory, which is located in Iino, Fukushima Prefecture, will examine various UFO sightings in Japan, including the Senganmori incident in the 1970s.

The opening of the laboratory comes almost a year after it became known that the Japanese Ministry of Defense would make plans in the event of any potential UFO encounters.

In May 2020, the Japanese Ministry of Defense began reviewing procedures for responding, recording and reporting UFO encounters. It was reported that the unknown nature of such objects could confuse pilots, including pilots of F-15 fighters.

According to Japanese news outlet The Mainichi, the International UFO Laboratory is located on the premises of the UFO Museum called UFO Interactive Hall . The history of this museum began after the aforementioned UFO sighting near Mount Senganmori.

In the 1970s, a brightly lit cone-shaped object was seen near Mount Senganmori several times, and this eventually became known as the Mount Senganmori Incidents. This is one of the most famous UFO sightings in modern Japan.

Following these sightings, the area began efforts to promote the region as the “choice of UFO” and in 1992 a large Interactive UFO Hall was established here.

This museum contains about 3,000 ufological materials donated by the late Japanese ufologist Kinichi Arai – annually this museum is visited by about 30,000 people from Fukushima Prefecture and other regions of Japan.

“Until now, even if UFOs were discovered, information was disseminated only at the individual level. I hope that the research laboratory will serve as a base for obtaining information and lead to new discoveries. I would like to understand what they are.” Takeharu Mikami.

Mikami wants local residents, including those who live near Senganmori, to share their memories of what they saw, and perhaps even show photographs if any of them took them.

“Now is a special time of quarantine and it will not be difficult for you to look at the sky and maybe you will see something interesting,” Mikami says to everyone who is interested.

Now the Mikami laboratory is collecting applications from everyone who wants to become a participant in this research.