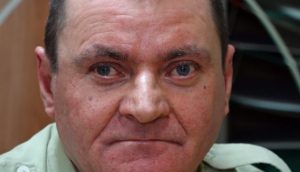 From time to time, situations arise that are hard to believe. One of the most unusual stories is about a man who regained his vision after the accident.

A resident of Gorzow Wielkopolski (Poland) Janusz Goraj lost his sight at a young age due to a serious allergy. The left eye was completely blind, and the right eye could recognize silhouettes and light.

After 20 years, a man with a smile on his face told his family that he could see again. The miracle happened after the accident.

Two years ago, Janusz crossed the road in the right place, when suddenly a car flew into him. The Pole hit his head hard on the hood, and then fell onto the asphalt.

Doctors performed a serious operation to restore a broken hip. After a couple of weeks, the broken bone began to heal. Vision also began to recover, absolutely everyone was surprised at this.

No one to this day knows what healed the man. Maybe this is the merit of a mixture of drugs. According to some reports, this effect can have anticoagulant agents combined with other drugs.

Today, a resident of Poland is truly happy. He not only recovered from the accident, but also returned his vision. He finally has a full life.