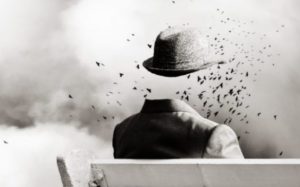 A woman named Melanie in Ventura, California had a strange experience while sitting on her own living room sofa. While just staring at the wall, she became, she believes, invisible.

Her husband walked around the house looking for her. He even walked right by her – just a few feet away – and did not see her. The episode lasted about 10 minutes, then suddenly she was visible again.

This unusual story is one of several documented by Donna Higbee who is conducting extensive, ongoing research into a phenomenon she calls Human Spontaneous Involuntary Invisibility.

According to the anecdotes Higbee tells at her website, The Research and Writings of Donna Higbee, people suddenly and unexpectedly become invisible. They don’t seem to feel any differently when this occurs, and they can see and move around normally, just as if nothing has changed. Yet other people don’t see them. They are ignored – totally – as if they aren’t there.

The victims of this bizarre phenomenon attest that the experience is not the same as being ignored. Certainly, most of us have had feelings of being invisible in awkward moments at social occasions. But this experience is far different.

One of the anecdotes Higbee relates, in fact, takes place at a party. A 37-year-old man goes into a bathroom and comes out, apparently, totally invisible. He attempts to engage in conversation with several people, including his own girlfriend, but is ignored completely.

He asks her for a cigarette, but receives no response. At first he thinks they are playing a joke on him and so returns to the bathroom in anger. When he comes out again, it’s as if nothing had happened. Everything is back to normal and he could be seen again.

Higbee has collected several of these stories, and in every case the phenomenon takes place spontaneously, without warning, lasts a few minutes, and then ends. Several people have fallen victim to the invisibility more than once – they seem to be susceptible to it. She has even heard from people who claim to be able to occasionally control their invisibility at will. 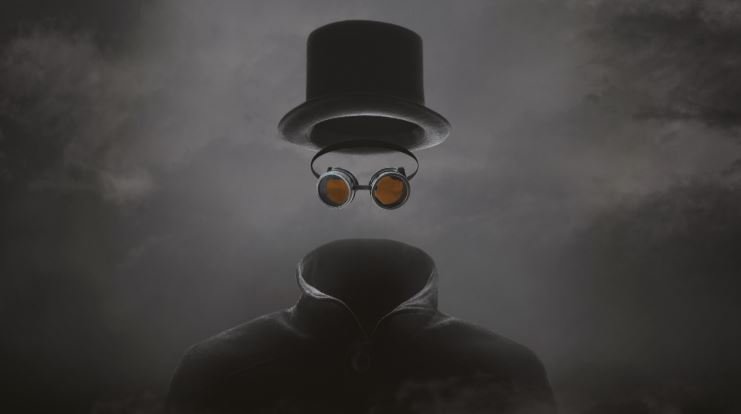 Daniel S. felt he became invisible one day when he was with some friends who were setting off firecrackers. Daniel wanted them to stop because he was afraid the cops would show up and check IDs.

This especially meant trouble for him because he had several unpaid tickets in his name. He was fearful of going to jail and losing his job. The police did show up, and they checked everyone’s ID – except Daniel’s:

“The cops started at the other end of the line (there were two lines, one in front of the other) of people. I was standing behind a friend, who was a girl. The cop asked each person to hand him their IDs as he passed down the line. Then he would take the ID and call in each person. I was the last one in the behind line.

“I was also the largest person there. I was even larger than the policemen. The cop never even acted like he saw me. He never asked me for my ID. Neither of the two cops paid any attention to me. All of my friends, except the two who were taken in by the police, thought I had left. Many asked me afterward where I went to hide. I told all of them that I was there. No one would believe me.”

Higbee offers no explanations for the phenomenon, yet wonders if it is in any way related to the powers claimed by yogis and practiced members of the Rosicrucians, both of whom say that human invisibility is not only possible, but controllable. Higbee raises the possibility that this invisibility might somehow correlate to the experiences of UFO abductees.

In the cases of many abductees, their abductors not only seem to be able to become visible and invisible at will, but the abductees themselves are often rendered invisible by their alien captors, transporting them through closed windows and solid walls all the way up to the spaceships which, themselves, may be capable of invisibility.

If the stories these victims relate are true, then it’s difficult to know what to make of the phenomenon. But Donna Higbee continues to investigate it and to collect information and experiences from all those who are willing to share them.

Is there proof of any kind? How about photos? There have been some anomalous photos taken that allege to show partial human invisibility:

A photo called “She’s Lost Her Head” from the Coast to Coast website was taken in Las Vegas. When the fellow took the photo inside one of the hotels, a woman stepped in front of him – but she doesn’t seem to have a head. Her torso with her coat and purse strap are clearly visible, but her head is invisible. 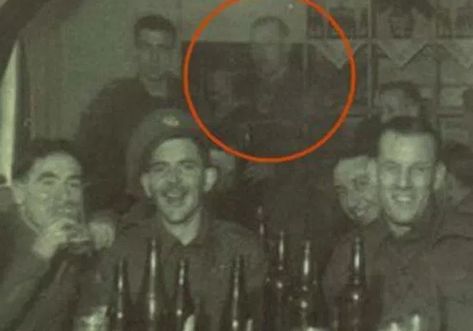 In this mystery photo at GhostStudy.com of a group of World War II soldiers, one of the soldiers in the background seems to be transparent. Is it a photo anomaly, a ghost or a case of human invisibility?

The mystery of spontaneous human invisibility is still one of the most interesting.