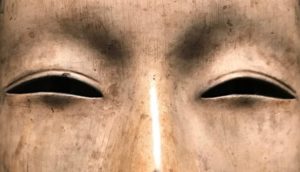 An Italian man tore both of his eyes out in the middle of the priest’s homily at a church near Pisa, according to reports.

Fellow parishioners watched in horror as Aldo Bianchini, 46, used his bare hands to pull out both eyeballs. Bianchini later told surgeons, who were unable to save his vision, he heard voices that told him to do it.

“He was in a great deal of agony and he was covered in blood,” Dr. Gino Barbacci told the Daily Mail.

“He said that he had used his bare hands to gouge out his eye balls after hearing voices telling him to do so – to do something like that requires super human strength.”

Father Lorenzo Tanganelli said he had just launched into his sermon when he saw a commotion in the back of the church, according to the Italian paper Corriere Fiorentino.

“This man at the back of the knave started tearing at his face and I realized he was gouging out his eyes,” Tanganelli told the paper.

“I called for assistance and the paramedics were quickly at the scene and he was taken away and then I carried on celebrating Mass but a lot of people had left because they were so shocked by what they had seen.”

The Bible’s Gospel of St. Matthew quotes Jesus telling his disciples: ‘If your right eye causes you to sin, gouge it out and throw it away. It is better for you to lose one part of your body than for your whole body to be thrown into hell.”

The Virgin Mary appeared to the woman in Uganda village