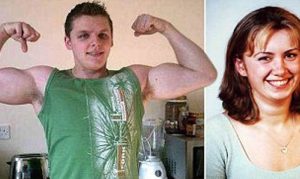 Getting buried alive happens so much in fiction that you can be forgiven for thinking that it doesn’t actually happen in real life, unfortunately it does, as it did in the following case that took place 6 years ago in the case of a Polish couple who lived in Huddersfield, England.

Marcin Kasprzak and his girlfriend of six years, Michelina Lewandowska, the mother of his three-year-old son Jakub, had an on off relationship since the birth of their son, as Kasprzak, a wannabe bodybuilder who was addicted to anabolic steroids, had decided Michelina was no longer pretty enough for him.

She had at that time, called off the engagement although she continued to wear the ring occasionally. At the time of the attack, the couple were back living together, but Kasprzak had heard rumors that Michelina had finally had enough of him and intended to take Jakub and move back to her home country of Poland.

That’s when he decided that Michelina was better off dead than in another country with his son, so he called her and asked her to go shopping with him. Michelina was surprised, but accepted and arranged for her mother to look after Jakob.

When Kasprzak returned home with his friend, Patryk Borys, aged 18, instead of taking his girlfriend shopping, he shot her twice with a 300,000 volt Taser gun, before he Borys bound her feet “securely and effectively” with tape and gagged her. 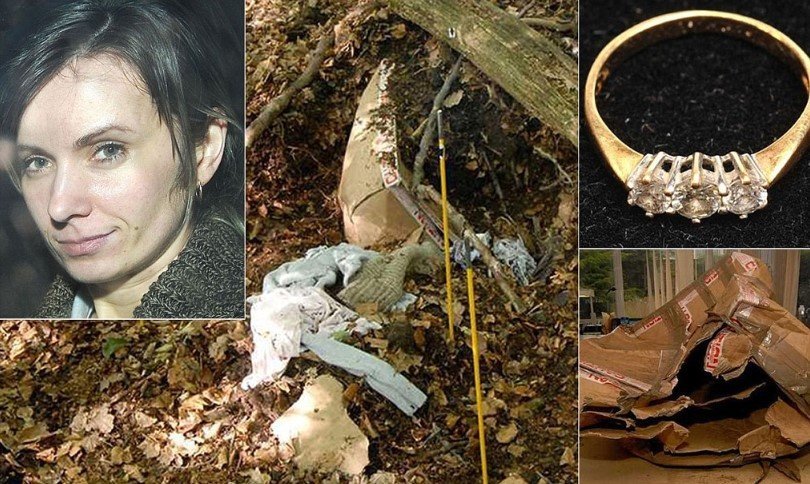 The pair kept her tied up in the house for around six hours before they put her into a large televisions cardboard box, taped it up, and threw her into the trunk of his car.

Kasprzak and Borys, then drove to a secluded part of the nearby Yorkshire woods, and buried his fiancée alive in a shallow grave, using shovels to pile soil on the box afterwards, and then putting a tree branch weighing more than six stone on top of it. They then promptly drove to a Morrison’s supermarket and withdrew 500 pounds with her ATM card!

Fortunately for Michelina, whilst her boyfriend wasn’t particularly good at committing murder, he was however good at buying jewelry. She used her engagement ring to cut through the tape binding her and clawed her way to freedom through the soil and branches that her boyfriend had buried her under. She then staggered out of the wooded area around her shallow grave and found a road where she flagged down a motorist.

Kasprzak denied attempted murder but was found guilty by a jury at Leeds Crown Court and jailed for 20 years.

Accomplice Patryk Borys, 18, was sentenced to four-and-a-half years in a young offenders institute for kidnap. Both were told they would serve half their sentences before being released on license.

However, Kasprzak, whilst imprisoned for the attempted murder was later sentenced to a further eight four-year terms after explosives were found at the home in Huddersfield he shared with Michelina, when police were investigating the attempted murder and searched his house.