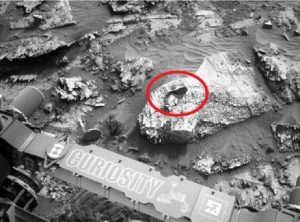 The Curiosity rover, which has been cruising the Red Planet since 2012, has been constantly taking images of the surface of Gale Crater, where it landed almost 10 years ago.

These pictures are then laid out in a special archive for public review. While poring over this archive, writer Paul Scott Anderson came across something strange among the recent photographs.

“Look at this magnificent rock that the Curiosity rover found on Mars yesterday,” he wrote on Twitter.
The tweet started a discussion about what could be causing the stone’s flowing lines and appearance in general.

Given that Mars was once a world rich in liquid water, it is possible that the smooth shape of the rock was shaped billions of years ago by liquid. Or, as another user joked, it could just be a sex toy left behind by a careless Martian. 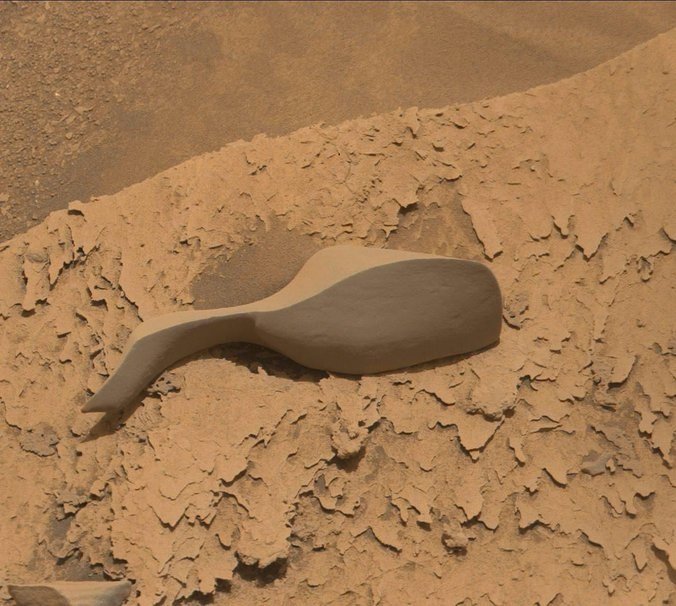 Although NASA released the image to the public, Anderson said he received a cease-and-desist letter from a company claiming they own the image of the stone as NFT.

So-called crater lakes were a common sight on Mars billions of years ago when there was liquid water on the planet’s surface.

When the water in the crater became too much, it broke through the edge of the crater, causing catastrophic floods that cut through the river channels, the pattern of which we now see on the dusty surface of the planet.

A 2019 study led by Professor Goodge of the Jackson School of Earth Sciences at the University of Texas found that these events occurred fairly quickly.

“If we think about how sediment moved across the landscape on ancient Mars, lake outburst flooding was a really important process on the planet. And this is a slightly unexpected result, because for a long time they were considered single anomalies, ”the scientist said.

Perhaps one of these floods “polished” the Martian stone.