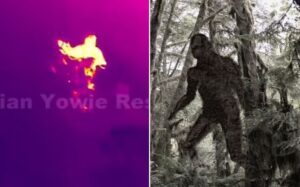 Yowies are tall and hairy, mysterious inhabitants of the Australian wastelands and forests, the local counterpart of the Yeti and Bigfoot. Australian Aborigines have told stories of Yowie for centuries and even depicted his figure on rock surfaces.

Today in Australia there is a large community of Yowie research enthusiasts called Yowie Research. They regularly post new Yowie sightings on their website and YouTube channel and recently shared unique Yowie footage taken with a thermal imager.

These images and videos were taken in the spring of 2021 in Springbrook National Park, near the Gold Coast city on the east coast of Australia.

According to researcher Dean Harrison, they captured two Yowies, at least 2.5 meters tall. Below is a snapshot of Yowie from a thermal imager. 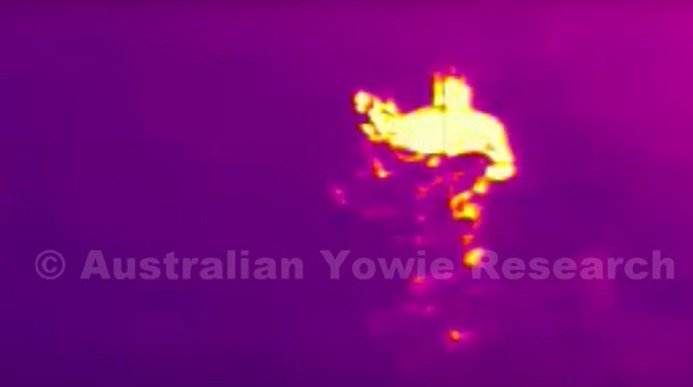 Below is a thermal image of one of the researchers, standing in the same place so that you can see how tall and wide this creature is. 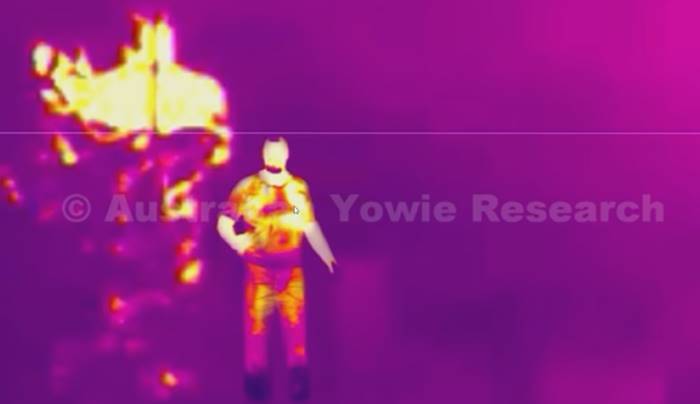 Harrison’s assistant who recorded the video, said he waited 20 minutes when he noticed “some movement in the thicket” which seemed very odd to him.

“And this is what I saw: two giant creatures came out of the foliage, and one leaned over to pick something up. I immediately informed the team that I saw something humanoid and large in the bushes.”

They looked in the direction of the team, and then very quickly left somewhere, as if they had evaporated.

The creatures reportedly made no noise when they appeared and when they left. Amazing ability to move so silently in thickets, given their size!

When the researchers left this place early in the morning, they placed four markers, which disappeared by night. It looked like the Yowies were returning here after the explorers left and took the markers with them.

This wasn’t the first time a thermal imager has tried to spot a yeti. Below is an image taken several years ago by Mississippi-based explorer Angela Ashton in Holly Springs Forest. 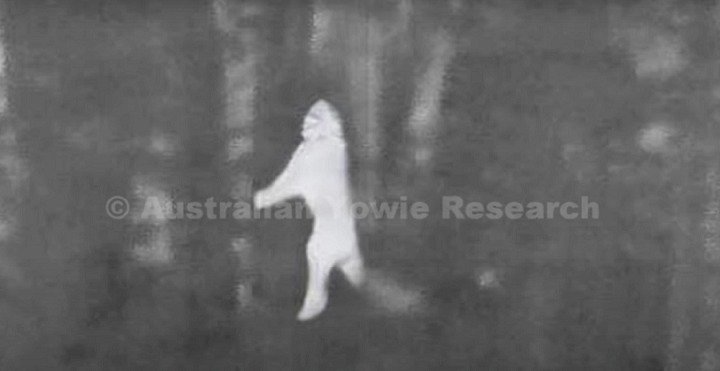 According to Harrison, Ashton spent a lot of time in this forest and was there one day with a camera in black and white when she saw two Yeti about a hundred yards away.

Seeing her, one of the yeti disappeared, zigzagging to the side, and the other did what Bigfoot and Yowie do; he hugged the tree to disguise himself so that he could not be seen. At least he thought so.

“When Angela first showed me this image, I was amazed. From what I understand, this is one of the best still thermal images in the world,” says Harrison.

At the end, Harrison responds to skeptics: “I don’t care if people refuse to acknowledge the existence of Yowie. I’m not here to convince them, I’m here to provide the facts.”