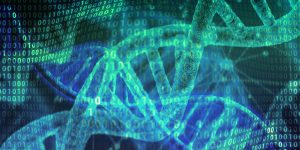 US Congressman Jason Crow has stated that there is a biological weapon that uses DNA to kill people. He issued a similar warning during the Security Forum in Aspen, Colorado.

Crow warned the Americans not to be so careless, as their DNA samples could fall into the hands of private companies due to the emergence of a new type of weapon.

“You can take someone’s DNA, grab their medical profile, and then you can target them with a bioweapon that will kill that person or take them off the battlefield or render them inoperable,” Crowe said.

The congressman said he was concerned about the development of such weapons because DNA testing services are growing in popularity, where people willingly share their genetic maps with private companies to gain insight into their genealogy and health.

“You can’t discuss this without considering privacy and commercial data protection because privacy expectations have gotten worse over the last 20 years.

“Young people actually know very little about privacy, surveys and data show. People just quickly spit in a cup, send it to 23andMe and get some really interesting data about their genetic background,” Crow says.

23andMe is an American private biotechnology company that provides private clients with information about their predisposition to diseases based on the analysis of the provided biomaterial. By June 2015, they are known to have performed DNA analysis on more than 1 million people.

“And guess what’s next? And then their DNA is now owned by this private company. And it can be sold with very little intellectual property or privacy protection, and we don’t have the legal and regulatory regimes to deal with that.”

“We need to have an open and public discussion about what the protection of medical information, DNA information and your data looks like, because this data will actually be obtained and collected by our adversaries to develop these systems!” Crowe sums it up.

Crow is a former military man who served in Iraq and Afghanistan, so he knows more than enough about various types of weapons. That is why his statement sounds so alarming, and if he talks about the creation of a DNA weapon, then most likely such a weapon has already been created and used a long time ago.

In this regard, we can recall a series of strange oncologies among the heads of different countries, which was recorded several years ago. They were mostly leaders of Latin American countries. Presidents fell ill with cancer in a short time and died or were treated for a long time.

In 2018, Vietnamese President Tran Dai Quang died of cancer, his cancer was diagnosed suddenly and killed him in a year, despite the fact that he traveled to Japan six times for treatment, where there is a high level of medicine, including in terms of oncology.

Doctors eventually stated that the form of cancer found in Chan Dai Kuang is so rare that there is not even any scientific statistics on it.

Venezuelan President Hugo Chavez died of cancer in 2013, and the country’s scientists soon discovered strange “chemical elements” in his tumor samples, which caused oncology. Immediately there were rumors that Chavez was infected with cancer by the US special services.

In 2012, Argentine President Néstor Kirchner, a friend of Chávez, died of bowel cancer. And in 2013, Cristina Fernandez de Kirchner, the president’s widow, who replaced him in this post, was diagnosed with thyroid carcinoma.

As for 23andMe, it has repeatedly stated in the past that it does not sell customers’ personal information. However, there are many such private companies in the US, and similar anxious politicians like Crow, too.

US Senator Joni Ernst of Iowa, a member of the Senate Armed Services Committee, agreed with Crow at the same forum in Aspen and said US rivals could use bioweapons with DNA to massively destroy food supplies.

Ernst warned that biological weapons could be used specifically to kill specific animals on which citizens, troops or cities depend, leading to food shortages and insecurity and weakening people.

The Washington Examiner wrote an article based on Crow’s speeches about how easy it would be to use private DNA databases to develop biological weapons like the one that Crow scared.

The publication explains that DNA belonging to the intended target, or not even to the target, but to a close relative, can be stolen and used to create a biological weapon that is effective only against that person.

This technology could lead to the creation of targeted killing programs, as well as making it much more difficult to track down the direct instigators of the killing. Similar technology could be applied against US agriculture by developing weapons that target only a specific breed of farm animal or crop.

It is speculated that this could plunge the country into famine and bring the US to its knees in the face of military action from US rivals such as Russia or China.

“It’s ridiculous that our current policy is allowing the Chinese Communist Party to access the genomic data of Americans,” Rubio said in a statement.

“There is absolutely no reason why Beijing, which regularly seeks to undermine US national security, should be given the genomic data of American citizens.”

In an attempt to deal with such a “hidden threat”, back in 2018, companies working with American DNA such as Ancestry, 23andMe, Habit, Helix and MyHeritage signed a policy developed with the help of the non-profit Future of Privacy Forum in support of “promoting responsible data processing practices in support of new technologies”.

The new voluntary rules require separate consent from users before sharing “individual-level information” with other companies, and more transparency about the number of data requests received and executed by law enforcement.

While all companies have said they agree with these standards of practice, there is no law to enforce the rules.