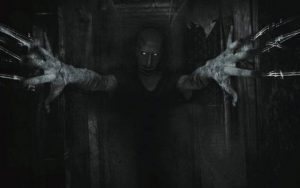 A family from Acklam, Middlesborough, England, claims they were forced to flee their home after being confronted with a “phantom force” that tormented them for months and left bruises on their bodies, reports examinerlive.co.uk.

Last November, Lauren Roth moved into a rented house in Acklam with her husband Stephen and their two children, 4-year-old Arabella and 6-year-old Caleb. Shortly thereafter, Lauren began to notice strange things, from bruises on her legs that appeared as if “out of nowhere”, to random switching on and off of the light in the rooms.

In June 2022, Caleb woke up with a loud scream, as if he had seen the worst nightmare, which was the last straw for their family. They decided to leave this inhospitable haunted house.

“I believe in all these ghostly things, so I immediately knew that there was something wrong. It got to the point that my son started talking to someone at night, and before the children slept all night without problems.

“We saw things move around the house and we saw some things at night. My son began to wake up and stood at the top of the stairs, staring down.

“One night I had a nightmare and woke my husband up to go to the bathroom with me. When I got up, I barely stepped on the floor with my foot, as the light turned on by itself,” says Lauren.

Then strange “bruises”, and bluish spots began to appear on Lauren’s legs by themselves.

The worst thing happened at the end of June. On Saturday, Lauren suddenly felt like “someone put something down her throat,” and the next day the situation reached a breaking point.

“We were resting, it was 8 pm and I had already put Caleb to bed. We were sitting in the garden, and then I heard his screams, and at first I didn’t even dare to enter his room. I heard him say: “Get off me!” and “Leave me alone!” That same night, at 2 am, we left the house and went to my mother in a taxi.”

The family recently found a new home, and prior to that they bought a trailer and lived in it, putting it in a nearby driveway.

They later contacted the Northeast Paranormal Investigation Group to look into their home to learn more about the macabre events. Researchers from the group came, checked everything and reportedly even filmed something anomalous.

“Then a woman from the team said loudly to the spirits, “If you want us to leave and leave this place right now, turn on the light.” And the light immediately turned on.

“Then they installed cameras throughout the house, one of which was installed in the back bedroom, where the woman’s hair stood on end when she entered.”

According to Lauren, since they left the scary house, her son Caleb sleeps peacefully and no longer sleepwalks.

“I believed in such things, but to a certain extent. You see it in films, but you don’t think it can happen to you.

“We literally had to get up and run from there. We had no other choice. I would say it was very traumatic. My son is still timid, he is still hesitant to go up to the second floor because he thinks there is something there.”