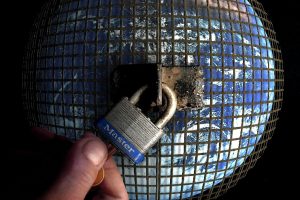 If every major institution were to become transparent overnight, what picture would we see? Some say we would finally realise that we live in a prison.

From afar, the paranormal, archaeology and Government politics seems unrelated. However they all share a common thread: the presence of an authority figure constantly making seemingly odd choices. From a purely logical perspective, the decisions made simply do not add up, suggesting the basis of such decisions to be rather biased than anything else.

If authorities in archaeology and the quantum physics arena were to allow the current findings to grow and develop, if politicians were fully transparent, what kind of a world would this be?

The little we know so far, allows us to imagine a world free of all major issues we currently experience. Is this potential reality being kept away from us? Many, including whistleblowers have suggested that planet Earth is a prison world controlled by beings from other dimensions.

While such claims can be hard to digest, we have to keep in mind about the potential amount of information we are not privy to.

Uncovering the Hidden Truth by Exploring our Past

There is ample evidence that the mainstream version of history is not what really happened.

Findings tend to indicate that the human race did not evolve from monkeys but from the alliance of extraterrestrials and indigenous humans. Perhaps if the entire lot of evidence contradicting the current version of history were to be fully explored, our understanding of life would be very different.

These sciences are closely related to the paranormal world and in order to understand astronomy and Geomancy in greater depth, we have to develop our knowledge of quantum physics.

Quantum Physics is the Key to the Evolution of Mankind

The greatest achievement we may perhaps attain from exploring quantum physics is the ability to manifest with thought, the ability to manipulate matter with the mind. If this were to occur, then everything we know would change. All the major institutions would be irrelevant and vanish.

We would be free from having to perform activities we are unwilling to. Those abilities would require a level of wisdom and there will be no need for a government for it is likely that we would be governing ourselves.

It does seem that the main reason to not explore this topic is purely about control. If we are all to become telepathic, then there can be no lies, no lies means no manipulation. Looking at the state of the world today, it seems obvious that those in power are bullying the people. It can be assumed that this bullying is being done to us through our own Governmental structure.

A Transparent Government will Reveal Much Abuse of Power

The little we have found out about our Governments through whistleblowers like Wikileaks has revealed a culture of abuse of power. We can only imagine the extent of this abuse if Governments across the world were to become fully transparent overnight.

By far, the biggest problem the majority of us face is money. Policies have been made throughout the years to favour private corporations all around the world. Many people see corruption as the reason for this deterioration of Governmental structure.

If we look at the entirety of this hierarchical power structure, the executives of large private corporations would be on top and politicians would be at the bottom. Corruption is a symptom of something bigger and only the small ones wishing to climb the ladder are corrupted. The power resides in those controlling the money.

These elites have been making vast amounts of money for a long time and so we have to assume that they have passed the point of need for money a while ago. We should be asking ourselves, when you have all the money in the world, then what is it that fuels the drive? Most likely power. It must be the need for control.

The Prison World Theory Makes Sense to Our Hardship

Considering this need or desire by the elites for control, the unwillingness to explore a branch of physics having the potential to free us from our current limitations and the possible influence of extraterrestrials in our history, the suggestion that Earth is a prison does not seem that far fetched. It does address the illogical and biased choices of those in control.

Whether this theory is true or not, no one can really say except for those standing in this inner circle if there is in fact an inner circle. Some Channelers say the ultimate game is about beings from other dimensions using our energy. How this is possible, can only be answered if we have an in-depth knowledge of the quantum world.

Either way, knowing what we already know, can we afford to keep living the way we do? We know that Earth’s main resources such as oil will soon be depleted. We know about the looming energy crisis.

People are getting tired of the tyranny and the lies from politicians all around the world and the Middle East is showing all of us this shared sentiment. The theory of a prison world needs to be considered by anyone seeking answers. It is perhaps the only theory that can make sense of all the nonsense out there.