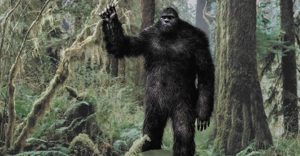 One resident of North Carolina claims to have been visited on various occasions by the mysterious creature.

Vicky Cook, who lives in Shelby, states that her backyard has become a magnet for the famous cryptid and that multiple individuals have visited her several times.

She even has proof of allegedly Bigfoot sightings in the form of plaster casts of footprints of different dimensions and some low-resolution pictures taken on the estate using a trail camera.

“Sometimes I think this can’t be real,” she said while describing one such encounter.

“It went in front of my camera. I screamed I didn’t know what it was, but that thing was tall!”

Curiously, Cook also argues that the mysterious creature has a sweet tooth.

You can see below a local news report with more details about her experiences.