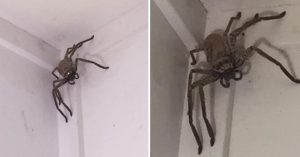 Laree Clarke put the call out on Facebook to remove the giant, monstrous spider from her Bluewater home in Townsville, Queensland, Australia and posted two pictures of the spider hovering in the corner accompanied.

“Is there anyone that could remove this from my house? Now?”, wrote Laree.

Huntsman spiders are sometimes called ‘ hairy tarantulas ‘ and are known to appear in the households of people. Because of their excellent hunting abilities, they get their name and are best known for their size. 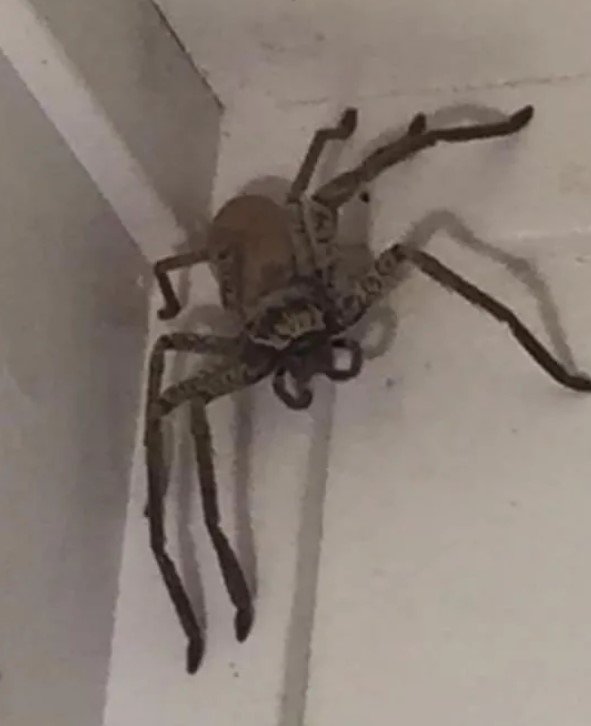 They use venom to immobilize their prey and will bite animals and humans.

It is not always clear what provokes Sparassidae to attack and bite humans and animals, but it is known that female members of this family will aggressively defend their egg sacs and young against perceived threats.

Humans can live up to 150 years of age, study finds