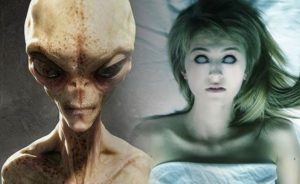 UFOs had sexual contact with humans, and one woman allegedly even became pregnant, according to the allegations recorded in the Pentagon documents from the DIA. The report was obtained as part of a freedom of information request.

Not ordinary claims were made in Pentagon documents obtained by The Sun. Several witnesses have claimed that the aliens had sexual encounters with humans, after one of which one woman was left pregnant.

Titled “Anomalous Acute and Subacute Field Effects on Humans and Biological Tissues,” the report examines the health effects of people who have had paranormal experiences or “injury to human observers from anomalous advanced aerospace systems.”

The US research agency MUFON compiled a list that appeared in the report’s “useful database” listing the biological effects of UFO sightings on people and their frequency.

The study refers to five sexual encounters between UFOs and humans.

The report says UFO sightings can leave witnesses injured or suffering from radiation burns, brain problems and damaged nerves. The report also warned that such facilities could pose a “threat to United States interests.”

One of the statements in the report read: “People were found to have sustained injuries from exposure to anomalous vehicles, especially in the air and in close proximity.”

The injuries were reported to be related to electromagnetic radiation and associated them with “energy propulsion systems”. Heat and burn injuries from radiation, brain damage, and the ability to affect nerves were listed as possible injuries.

Report, part of over 1,500 pages of DIA documents related to the Pentagon’s secret UFO program, the Advanced Aviation Threat Identification Program (AATIP). Among them was another document that explained how to classify “anomalous behavior” – after encounters with “ghosts, yeti, spirits, elves and other mythical creatures.”

Another alien spaceship found in Antarctica?