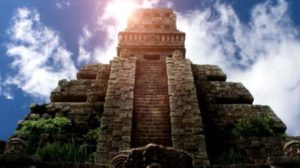 Human sacrifice perpetrated by Aztec civilization is staggering, not only for Spaniards who first enter Mexico but for modern society. The reasons for this ancient ritual is analyzed to the present day.

When the Spaniards were led by Cortez Hernani when entering the capital Aztec Tenochtitlan in Mexico during the year of 1519, they remained astounded by the sight which was revealed to them.

There, in the middle of the lake was a wide-open city with brightly shining white walls of buildings located on an island in the middle of a large lake with walking paths associated with it. However, these early Spanish visitors shudder in horror when seeing a huge scale for ritual sacrifices made by the Aztec.

Even today, it is difficult to understand the logical reasons for this ritual sacrifice. It is estimated that about 20, 000 people a year were falling victim to the Aztec royal family.

Prisoners were top of the sequestration of pyramids where a flat stone on the ritual table lay their hearts were wrenched off and placed into pots before being given as a gift to the gods. After that, the bodies of the victims were thrown down the stairs of Pyramids.

However, it was not just the thirst for the blood of which motivated the Aztec people but to participate in this mass ritual sacrifice. Crucial for understanding the motivation behind the ritual sacrifice is the concept of “tons”, which means “spirit of excitement”.

It is believed that people in these “tons” are in the blood that is concentrated in the heart when a person is frightened. This explains the “hunger of the heart” of the gods.

It is believed that without sacrifice all movements stop, and even the movement of the sun becomes stationary. So the main reason for the Aztec performing these ritual sacrifices was for the maintaining of the suns movement in its orbit. 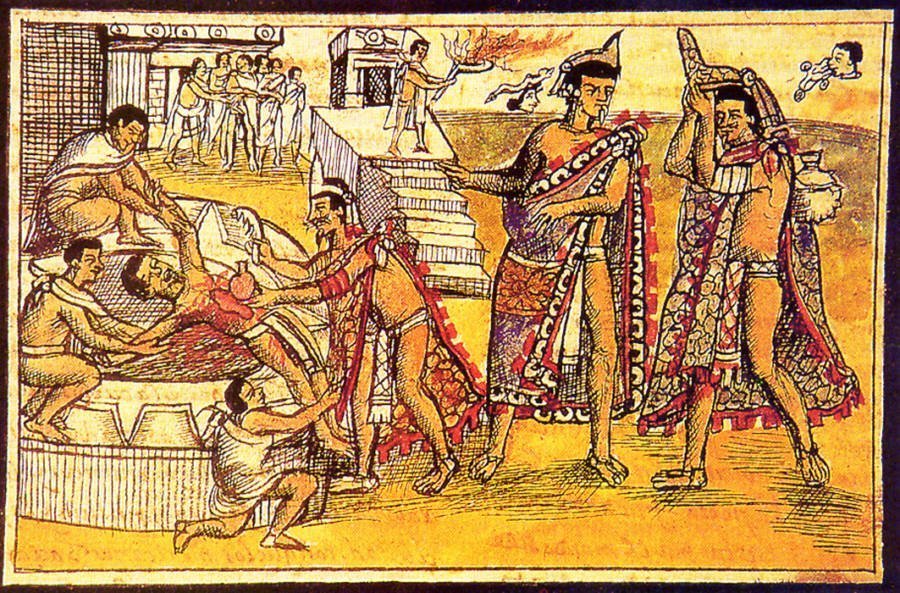 Typically, victims of these massacres were becoming ritually captured by Aztec soldiers in many battles, or taxes, which pay their vassal areas in the form of people.

Therefore, Aztec does not conquer all the surrounding areas because of the need for them is to keep people to obtain a ritual sacrifice and if they use their own people this can cause an uprising.
Aztec Sacrifice

There is another reason for these ritual sacrifices, cannibalism. After the hearts of the victims were removed and transferred to the gods and their bodies were thrown down the stairs of the pyramids, their limbs were also removed.

As inadmissible and contrary to cannibalism today, at that time of Aztec they cooked human bodies and were considered a great delicacy, which explains why only the royalty, not ordinary people, were allowed to participate in the events of cannibalism. It is said that Emperor Montezuma had a favorite dish of cooked hams, cooked with tomatoes and chili sauce.

Although this scene makes our stomachs turn, we must not forget that the Aztec did not have pets, so that the remains of the bodies of victims (the hearts were given to the gods) were the main course for them and that this was the only way of royalty to obtain proteins and fats.

In conclusion, we can say that the basis of a ritual sacrifice of the Aztec religion is they stood on livelihoods.