If you combine all our current knowledge of statistics and astronomy, it’s nearly comical to believe we’re the only intelligent life in the universe. We decided to break up the mood and do something rather fun – we’ve been really thinking about why aliens may not really want to come to earth – assuming that they’re not already here, of course. This is what we came up with.

On Earth we speak a lot of different languages and let’s face it, some of them not very well. For the most part we basically slaughter the English language. It seems like every region has its own slang words and words with double meanings.

Not just that, but we have multiple languages on our planet and mastering even one can take some people a lifetime. Imagine if you were an alien and had to communicate with Earthlings in a meaningful way – it would be next to impossible.

Not to mention, humans have extremely poor communication in general. We speak in innuendos and metaphors. We lie, we talk around the truth, and we people please and try to make everyone happy.

To top it off, we use gestures and body language that mean something different depending on where you are in the world. I can’t even begin to comprehend the misunderstandings we’d have trying to communicate with aliens. 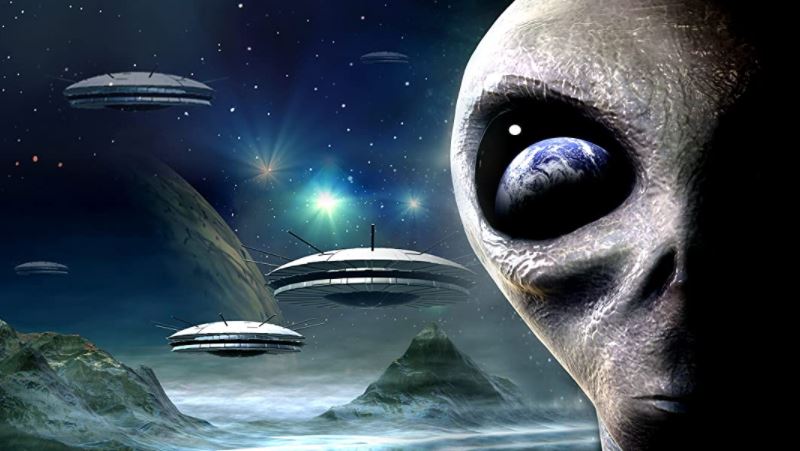 If you look at the Kardashev scale, we aren’t even registered as a primitive civilization. Hell, according to renowned scientist Dr. Michio Kaku we’re not even considered a type 1 civilization.

Think about the radio and television waves we’ve been sending into the universe throughout the years. Somewhere in this moment shows like the Kardashians, Teen Mom, and a host of other trashy television shows are hurtling their way through space.

If an alien civilization has the ability to watch these shows, what will they think? What would you think?

The same holds true but for Hitler’s Olympic Speech and other radio transmissions from long ago. They could just be reaching an alien civilization capable of playing them.

So, unless some alien race is on a mission of good will to save us from ourselves, there would be no reason for them to even want to visit a planet populated with what an advanced alien race might consider stupid people. On a lighter note, they could simply not want to bother us.

To the casual outside observer we have to be considered an extremely violent society, and they probably wouldn’t be too far from the truth. How many wars have we fought since the dawn of time? Too many to count.

In addition, we are making no attempt whatsoever to hide our violent tendencies from the rest of the Milky Way. Remember when we dropped the atomic bombs on Japan?

Not only were the explosions able to be detected in space, they have left an electromagnetic signature that would be easily recognizable to any advanced civilization.

Not just that, but it would be possible for aliens to detect the gamma radiation coming from all those nuclear warheads countries have stored all over the world.

Think of it this way, if you had your choice to vacation in a warring part of the world or someplace, say, like Hawaii or the Caribbean, where would you go?

It’s the same line of thought for aliens, why go to a planet constantly at war when we could go to a peace – loving planet instead.

A peace loving alien race would want no part of Earth based upon our violent society, culture, civilizations, and governments – and who can blame them? Don’t you ever just wish you could push a button on your shirt and say, “Beam me up, Scotty?” 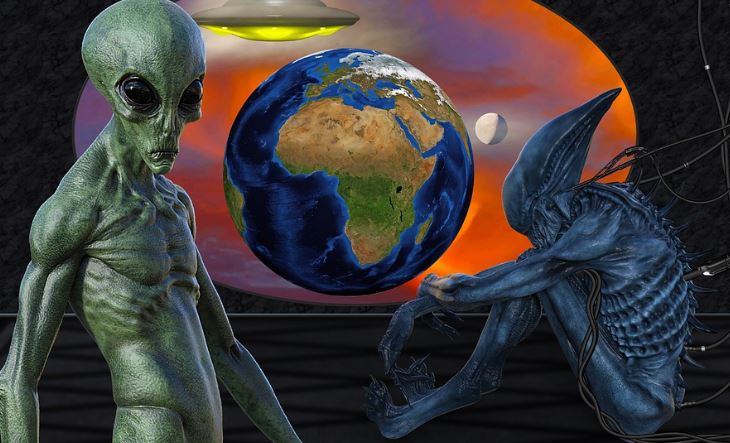 OUR PLANET COULD BE POISONOUS FOR THEM

ust because we rely on things like oxygen, nitrogen, and our planet’s biology, ecology, and environment to survive, doesn’t mean that our planet wouldn’t be considered toxic to some alien species.

All planets are not the same, and organisms that may exist on other planets have evolved and adapted based upon their planet’s environment and resources and therefore might not be compatible with Earth’s atmosphere and living conditions.

THEY CAN’T GET HERE FROM THERE

As advanced as we would like to think aliens are, the fact remains that not all alien races may be as advanced as we’ve assumed or wished. They literally may not be able to get to us any more than we have the technology or capability to get to them.

While advances are made every day in the world of science, unless they can travel at the speed of thought, aliens landing on Earth may still literally be light years away.

WE HAVE A DEFINATE LACK OF COMMUNICATION

For years we’ve tried to make contact with life on other planets, and organizations, even SETI, the (Search for Extraterrestrial Intelligence) is still using the same method that’s been tried for what seems like forever – radio waves.

What if aliens don’t use such primitive means of communication and simply can’t hear us? Our scientists either haven’t fully explored or discovered the use of full spectrum communication, so it could be that there are messages floating around us by the thousands and we’re simply not using the right equipment to hear and decipher them.

So that’s our list, why do you think aliens may not want to come to Earth?