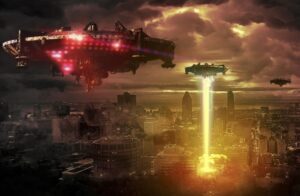 Despite the recent uptick of military UFO sightings, the Pentagon appears uninterested (at least officially) in the possibility of hostile aliens. But if an alien invasion does take place, which arm of the Pentagon would respond? The answer: probably all of them.

During a recent Pentagon roundtable, Task & Purpose’s Pentagon reporter Jeff Schogol asked if the Space Force “is concerned about threats posed by extraterrestrial intelligence.” The official answer he got back? “No.”

Schogol’s question was asked with tongue firmly planted in cheek, but the revelation last year that U.S. Navy fighter jets encountered alleged UFO craft in 2004 and again in 2015—in both instances appearing on radar and leaving behind video evidence—makes one wonder.

If the unidentified flying objects described by Navy pilots, as well as military and civilian personnel for the past seventy years, are really of extraterrestrial origin and unfriendly, how would the Pentagon deal with them?

If UFOs suddenly descended from the skies, toasting the Statue of Liberty, the Great Mall of America, and the Golden Gate Bridge with death rays, the Pentagon would need to convene some sort of study group to quickly determine what kind of threat it was dealing with. If that happens, forget the Air Force. 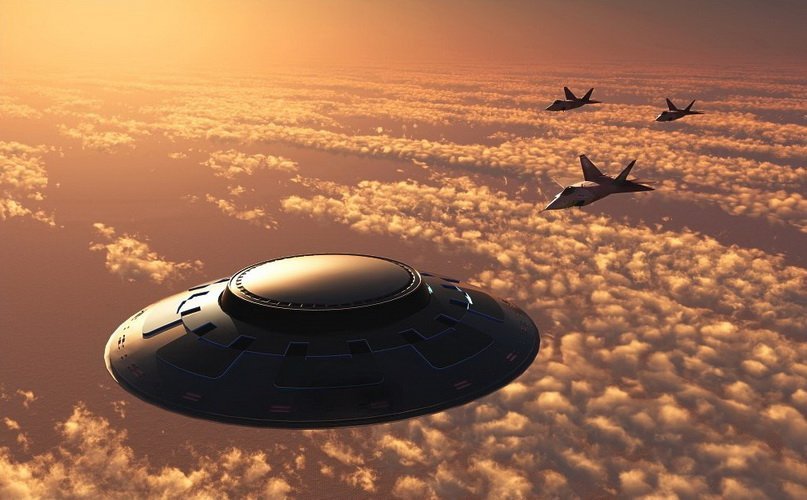 Ironically, the service that would most likely take the lead is the U.S. Navy.

Why the Navy? Aliens would likely come from vast distances, traveling light years in long distance voyages, to smash puny humans. The U.S. Navy is unique among the services in planning similar, though much, much shorter voyages.

There are other reasons the Navy might take the lead. Seventy-one percent of the Earth’s surface is covered by water, and if aliens operated from the water (remember, the 2004 sighting included reports of a 737-sized object on the surface of the ocean) the Navy is unique in having manned aircraft, surface ships, and submarines prowling above, on, and below the surface of the ocean.

The Navy could also sail to the most remote locations in the world’s oceans, establishing a military presence for weeks or months, to investigate and monitor for enemy activity.

The Air Force could operate against aliens, but the service’s fighters and bombers could only remain on station for mere minutes or hours before returning to base.

Against a terrestrial threat this isn’t really a big deal, but against an alien threat we know nothing about—and according to the 2004 incident, theoretically capable of traveling extraordinary distances in a blink of an eye—such a force will be less useful.

If humans could lure aliens into a set-piece battle the Air Force could bring a lot of firepower, but how one lures aliens into battle is anyone’s guess. In the meantime the Space Force, nestled under control of the Air Force, would contribute to the alien war by maintaining the U.S. military’s network of position, navigation, and timing/GPS satellites, communication satellites, and other space-based assets.

The Army would be the service responsible if aliens attempted a landing in the United States, or presumably one of our allies. The Army’s 10 combat divisions would spring into action, attempting to destroy the aliens with fire and maneuver. 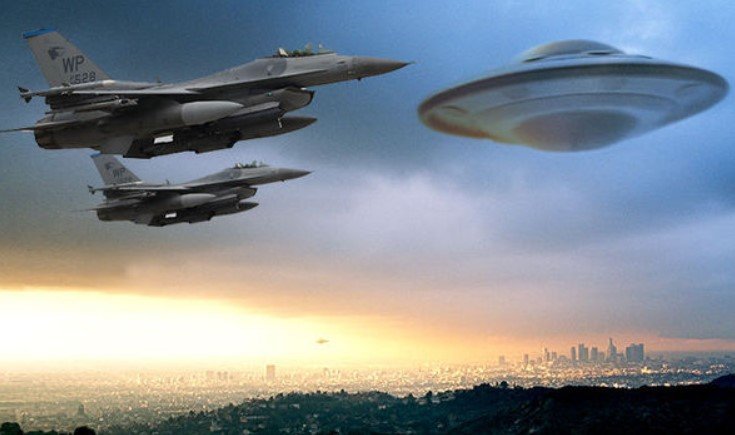 It would be in many ways similar to countering an airborne landing, with the Army attempting to destroy the alien’s landing zone and prevent the flow of alien reinforcements.

The Marines could also get in on the alien fighting, particularly overseas in Asia, Europe, or even the Middle East—though one would like to think aliens would be smart enough to avoid that region and the prospect of their own 18-year war altogether.

Of course, all of this is contingent on the U.S. military being on par with alien technology… which, frankly, is extremely unlikely.

The universe is billions of years old, and other races could easily have a head start of a million years or more on us. And certainly, any species capable of interstellar flight is far more technologically advanced.

Consider that a handful of 21st-century tanks could crush an army from the 11th century, or even the 19th century for that matter. Even a difference of a thousand years would be ample enough to ensure humanity’s defeat from even a minor alien expedition/hunting trip/bachelor party.

If aliens do exist, ultimately it may not matter if they are hostile or not. Our destruction at their hands would be about as inevitable as destruction from an extinction-level meteor impact.

They could even be friendly, the combination of advanced, destructive technology and violent tendencies leading to intelligent life self-screening itself from interstellar travel. (That would be bad news for humanity.)

The “UFOs” people are seeing could even be top secret U.S. government craft. The aliens could be us. In the end, maybe it doesn’t matter if the Pentagon has a plan to fight aliens after all.