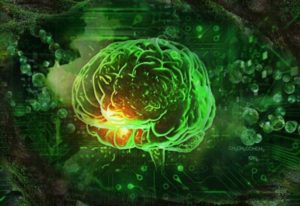 The brain has for a long time been compared to man-made computers in its astounding ability to process, store, and route information. But a new imaging technique has revealed that just one brain’s connections and capacities far outnumber and outpace those of all the world’s computers.

And this makes the question of the origin of brains that much more difficult for naturalistic explanations.

The imaging technique, called array tomography, detected light emitted by mouse nervous tissue that had been bioengineered to produce proteins that glow. Additional luminous chemicals were added, and these attached to specific areas in the mouse brains, adding more colors and allowing for the detection of much more information.

New computer software processed all the data to produce stunning three-dimensional images of never-before-seen brain cell connections. A study was published in the journal Neuron to showcase the usefulness of array tomography, but the technical paper also provided broad implications for neurobiology.

Array tomography could “resolve fine details at the level of synapses,” allowing researchers to view the highest resolution of detail among nerve images yet. They could see individual synapses, the tiny connection points that link nerve cells together, as well as their different types and subtypes.

“[The researchers] found that the brain’s complexity is beyond anything they’d imagined,” according to an article appearing in the Health Tech section of the online news source CNET.

For instance, they found that the total number of synapses in a brain roughly equaled the number of stars in 1,500 Milky Way galaxies! And memory patterns and tiny on/off switches, which were long thought to reside in the larger neuron cell bodies, were instead found to be smaller than the tiny synapse connections. Each of the neurons imaged in the study serves thousands of synapses.

Stanford University professor and senior study author Stephen Smith said that “one synapse may contain on the order of 1,000 molecular-scale switches. A single human brain has more switches than all the computers and routers and Internet connections on Earth.” This research multiplies the brain’s overall computing power far beyond what was previously known.

The more complicated a system is, the stronger it argues for having been intentionally designed. And brains certainly qualify, despite assertions that random-acting natural processes somehow assembled them.

In these cases, the burden of proof lies heavily on those who insist that such systems are not in fact what they plainly appear to be: the products of intentional ingenious design.

The God of the Bible stands as the most tenable source of the specified complexity of interconnected neurons upon which human and much animal life depends.

Until a naturalistic alternative can explain how a self-healing, adaptive, cosmic-sized internet of connectivity has been shrunk down to the size of a brain, then it is best to identify this hyper-tech design as being the product of a real Designer.

And until an objective body of evidence can legitimately debunk the Bible’s historicity and proven accuracy, then it is best to identify this Designer as the Creator and Sustainer revealed in Scripture.