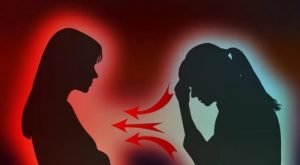 Some people become energy vampires when they suck others’ energy with their words or negative energy. People that offer sharp words, alcoholics, along with verbally abusive and physically abusive people are energy vampires that exhibit external symptoms. Others may feel normal to talk to, but one might feel drained after spending a few minutes with them.

Most energy vampires do not engage in deliberate tactics to make someone feel drained. They suck your energy to feel better about themselves, because they are insecure or have low self-esteem.

Signs that you are Dealing With an Energy Vampire

There are some physical signs that indicate you are dealing with an energy vampire. Some people can feel their chest tighten after spending time with an energy sapping person. Or there might be a headache or an impulse to eat after talking to a person. If your energy bottoms out at social gatherings, family dinners, crowded places there might be energy vampires in the vicinity.

Dr. Judith Orloff, is a board certified psychiatrist and intuitive empath, who combines traditional medicine with intuition, energy, and spirituality to achieve physical and emotional healing. Dr. Orloff talks about the different types of energy vampires in her audio book, Positive Energy Practices.

Being around with some people that constantly talk, blame or blow things out of proportion make make one feel drained.

A sob sister is one who blames the world for her shortcomings. She is not interested in solutions, but merely exhausts the listener with her issues and likes to wallow in self pity.

A blamer has a sneaky way of making you feel guilty because he didn’t get things right. A blamer does not take responsibility for his actions.

A drama queen is energized by chaos and views life as a big drama. He is making up or breaking up all the time and likes to blow things out of proportion, thus creating a huge energy vacuum in who he is with.

Sometimes a constant talker or even a joke teller who demands center stage, is an energy vampire. A constant talking energy sapper is addicted to his own voice, ignores other people’s boundaries and exhibits a passive aggressive behavior.

A fixer-upper personality drains your energy by expecting you to fix all her problems. She exhibits a chronic neediness.

Even an outwardly nice socializer sometimes makes others feel bottomed out. These people sound perfectly fine and not boring, but one can feel one’s energy dimming, when around this person. Parties are the perfect places to find this type of energy vampire.

The person that always goes for the jugular is driven by envy and severe insecurity, and he could be an intentional energy vampire who causes harm. Their zinger words and jabs are sometimes hard to get out of your mind. They are motivated by negativity and like to put others down.

Sometimes it is not possible to point who exactly the energy vampire is, as just being present in a crowd such as in a mall or airport could make one feel low on energy. This is especially an issue for intuitive empaths.

Unintentional energy sappers come in the form of people that are loving and are a part of close family. Examples are children that throw tantrums after a hard day’s work and one’s spouses or partners. Life is demanding at times and even family may be a cause of energy drain.

Being aware of energy fluctuations, before getting to crowded places, and centering one’s own energy could be an effective strategy to deal with energy vampires. Sometimes people are aware of being with energy vampires, but put up with the behavior because they don’t want to appear impolite and this should be avoided.

Dr. Orloff also advises being gentle with yourself if you recognize any type of energy vampire characteristics in your personality.

Energy vampires come in all shapes and sizes: loud and aggressive, soft-spoken and shy, charming and seductive, pushy and overbearing. Energy vampires have energy leaks that they need to fill.

Energy vampires have often suffered some sort of crisis, whether in childhood or adulthood, and they’re compensating to get rid of their negative energy. Energy vampires may not be deliberately, maliciously stealing your positive energy — but they’re definitely not contributing to a fantastic relationship.

Energy Vampires may drain positive energy, but you can learn to stop them!

11 Ways to Protect Yourself From Energy Vampires

1. Limit the amount of time you spend with energy vampires. The less time you’re together, the less positive energy you’ll lose.

2. Learn effective ways to end conversations with energy vampires (eg, I only have ten minutes to talk.”)

4. Be honest about your needs (eg, “I need this time to work/read/relax/exercise.”)

5. Refrain from attempting to rescue them or fix an energy vampire’s problems.

6. Practice walking away from energy vampires.; the more you do it, the easier it gets.

9. Define and guard your personal space from energy vampires.

11. Stand up for yourself and your boundaries! Your time, positive energy, and resources are precious and should be closely guarded from energy vampires.