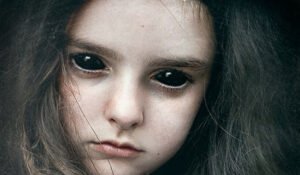 They have large black eyes and no iris. They are nicknamed the black-eyed children and reportedly appear to be a kind of hybrid between humans and aliens.

The first case of such a child was reported in 1998. Since then cases of encounters with black-eyed children have inexplicably multiplied.

Those who saw them claim that they seem soulless and emit negative and frightening feelings. There are numerous claims that these children come from strange breeding between humans and gray alien species. 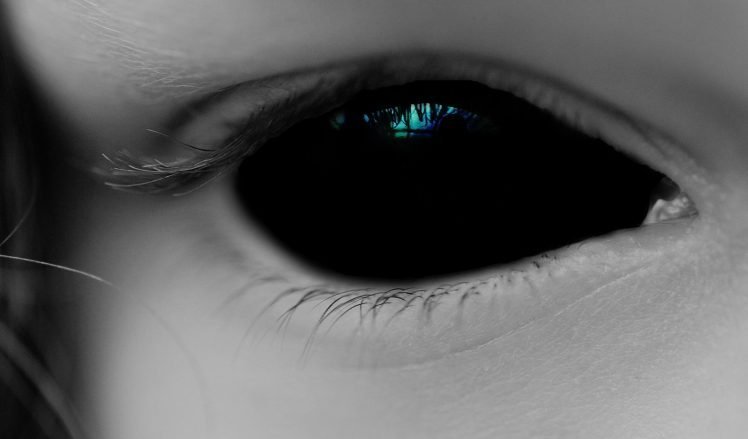 On January 16, 1998, journalist Brian Bethel was in a parking lot with the car engine running. While sitting there, two boys approached and stopped near his open window and asked him for a ride home and then urged him to let them in.

He described his immediate reaction as being similar to a typical biological response in case of attack, a sudden discharge of adrenaline and anxiety.

He resisted the urge to let them in, and the “children” became extremely agitated and demanding; when he closed the car window, their demands became aggressive. He says that as he was closing his window, he looked into their eyes as black as coal and felt an inexplicable, almost paralyzing fear. He then started the car, leaving them on the side of the road.

Kyle, from Boise Idaho: “A friend called me late at night, completely terrified. He was out in town with his girlfriend and they stopped at a mini market to get some snacks before returning to his apartment to start a marathon session of watching movies.

When they were in the parking lot, two children were close to the car. The thing that frightens me the most about it is that my friend was so shaken by what had happened, that he called me to tell me before he drove away. I could hear the fear in his voice when I answered.

He said that the two children had knocked on his window and asked him to take them to a bus stop several miles away. But my friend said that both children had solid black eyes and they also spoke with a strange confidence, almost as if they were older than they looked.

He said he felt the urge to open his door, as if the child was exercising of a kind of mind control. The children finally got the message and left. I told my friend to wait there and hung up.

As my friend was driving away from the parking lot he was hit by a truck which instantly killed both him and his girlfriend. The truck driver told the police he swerved to avoid two children on the side of the road.”

Are these encounters the result of pranks? If not, what are the black eyed children: hybrids, aliens or demons? Their usual description includes very pale skin, with a texture similar to plastic and a lifeless, soulless look.

Those who claim to have encountered them report feeling uneasy and somewhat controlled. The children usually request to be let in or taken someplace. They walk alone or in pairs but never in larger groups. Real or not, avoid them.