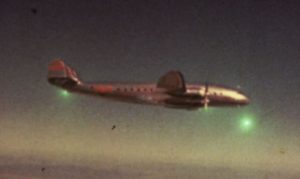 Green fireballs have been sighted and documented for centuries. Nineteenth-century reports state green fireballs, although rare, aren’t unique. During the late 1940s and early 1950s, New Mexico had an alarming number of bright green fireball sightings.

They attracted the attention of the U.S. government because most of the sightings were around military installations or very sensitive scientific training areas during the Cold Wars years.

In 1945, the first atomic bomb was tested at Alamogordo. Many people in Roswell saw a mysterious aircraft believed to be a UFO plunge to the ground in July, 1947 and many believe that there was a cover-up. A similar incident would happen in Kecksburg, Pennsylvania in 1965.

During the times of the height of the New Mexico sightings, the United States and the Soviet Union were engaged in an arms race. The threat of nuclear attack was real. There were air raid drills in schools and personal and public bomb shelters.

The initial sightings happened in November, 1948 over Albuquerque, New Mexico. The fireballs flew low on the horizon and, from the descriptions given by witnesses, the officials at Albuquerque’s’ Kirtland Air Force Base, thought they were similar to ones used by the military for training purposes.

They were initially attributed to be green flares. Authorities ignored them until December 5, 1948 when an Air Force transport plane was flying close to Albuquerque at an altitude of approximately 18,000 feet when the crew noticed a bright green fireball in front of them.

They reported the fireball to Kirtland and stated that it moved upward before leveling off; witnesses say that it didn’t appear to be a meteor.

On the same night, a civilian plane flying close to Las Vegas, New Mexico reported that a fireball had almost collided with their plane. The captain stated that he thought that the object was a shooting star but realized that the fireball’s trajectory ruled this out.

It initially appeared as a reddish-orange color, then quickly turned to green as it approached the plane. The pilot had to take action in order to avoid a collision.

Fireballs were also sighted near Sandia and Los Alamos National Laboratories, both nuclear research facilities. They were described as being shaped like a saucer or a pie plate. These reports convinced the Air Force that something strange could be going on and that they should investigate the matter. 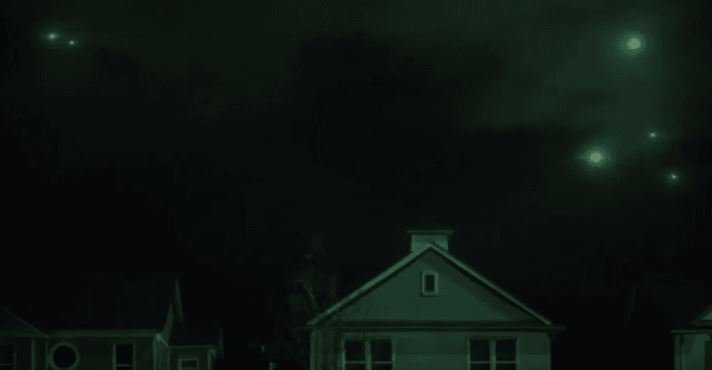 Dr. Lincoln La Paz of the Institute of Meteorics at the University of New Mexico was asked to help with the investigation. He was an expert on meteors, had been working in the field for more than thirty years and had published numerous papers about them.

There were at least eight different fireballs seen by people on the December 5th. There was no trace of a meteorite at any of the possible fall sites.

The Air Force was concerned about the security of their military installations. The number of green fireball reports increased over the following weeks. They were seen almost every night and no meteorite was found.

La Paz witnessed one of these fireballs. In his professional opinion, it wasn’t a meteor that he had seen. During December 1948 and January 1949, there was rarely a night that went by without a sighting.

On February 16, 1949 a conference was held to discuss the fireballs. The members didn’t agree what the fireballs were. Could they be artificial or an unknown type of natural phenomenon?

The group decided to use the Air Force’s Cambridge research laboratory to try to solve the mystery.

Project Twinkle and the Green Fireballs

The study began in early 1950. The operation’s purpose was to photograph the fireballs with a theodolite instrument, telescope and camera.

The project was disbanded after a little more than a year after it had no conclusive results. Nothing resembling a green fireball had been photographed. The debate about what the green fireballs continued.

There was a debate about what they were. Were they balloons, aircraft, rockets, meteors birds, meteorites containing copper or extraterrestrial spacecrafts?