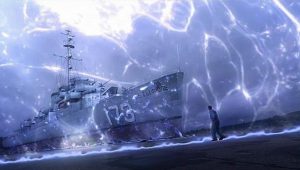 The USS Eldridge was said to have been teleported from Philadelphia to Norfolk and back in four hours; her crew had weird physical and mental effects.

It’s alleged that, around October 28, 1943, the USS Eldridge, was made invisible and teleported from Philadelphia, Pennsylvania to Norfolk, Virginia, using the principles of Albert Einstein’s unified field theory. Four hours later, she rematerialized in Philadelphia. It was further alleged that the civilian merchant ship SS Andrew Furuseth’s crew saw the USS Eldridge’s arrival into the Chesapeake Bay.

The ship was a 1240 ton Cannon class destroyer escort constructed at Newark, New Jersey. She was commissioned in August 1943 and was deployed on escort duties in the Atlantic until May 1945 when she was assigned to service in the Pacific.

The ship was decommissioned in July 1946 and placed in the Reserve Fleet. In January 1951, she was transferred to the Greek Navy where she served as the Leon into the 1990s.

During the experiment, matter was changed. Men were able to walk through physical objects. When the unified field was shut off, some crew members were stuck in bulkheads, in the floor and impaled by railings.

When the USS Eldridge returned to Philadelphia, there was a greenish fog on her deck. Some of the crew were on fire; some appeared to be insane. Others had heart attacks or were dead. There were those who were buried in the deck or walls of the ship. Four men vanished. All crew members were sick.

There was the Freeze, which would last from minutes to hours. A man could come out of it if other crew members laid their hands on him to supply him with strength.

Two men who tried this burst into flames and burned for eighteen days, ending the cure. Men went into the Freeze for days to months. During this time, they were aware of others, but were unable to communicate with them.

The Operational Archives Branch of the Naval Historical Center records were scrutinized, but none confirming the Philadelphia Project were found.

Operational Archives reviewed the deck log and war diary from her commissioning on August 27, 1943 through December 1943. What was found were routine war activities of a US Naval ship that was never in Philadelphia.

Records revealed that the Furuseth left Norfolk in October 1943 and returned in January 1944. The Archives has a letter from Lieutenant Junior Grade William S. Dodge, USNR (retired), the Master of the ship in 1943, stating neither he nor his crew observed any unusual event while in Norfolk.

The Office of Naval Research, ONR, stated that the use of force fields to make a ship and her crew invisible does not conform to known laws of physics and claims that Dr. Albert Einstein’s unified field theory wasn’t completed.

From 1943 to 1944, he was a part-time consultant for the Navy’s Bureau of Ordnance, undertaking theoretical research about explosives and detonations. There’s no indication that he was involved with research relevant to invisibility or teleportation.

The ONR, established in 1946, didn’t conduct experiments involving invisibility in 1943. Its scientists don’t believe that such experiments could be possible, except in sci-fi. 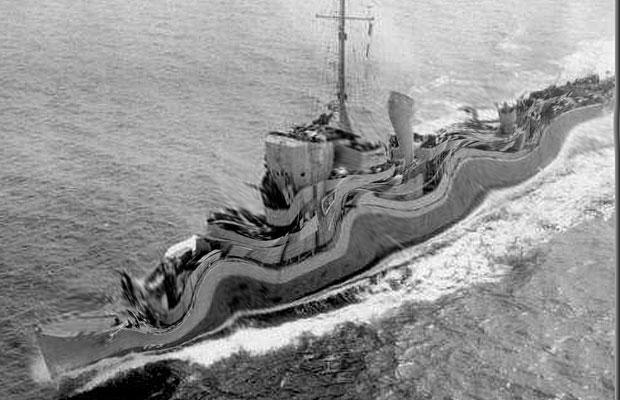 After WWII, there was talk of mind control experiments: the clandestine CIA MK-Ultra involved psychic abilities and LSD, beginning in the early 1950s, conducted by the Office of Scientific Intelligence and, allegedly, ending in the late 1970s.

Drugs, including LSD, and other methods were used on humans to alter mental states and change brain functions. Many participants weren’t informed they were experimental subjects, nor did they give permission. Perhaps this led some people to believe the Philadelphia Project hoax.

According to the Department of the Navy – Naval History & Heritage Command, Department of the Navy Office of Naval Research, Arlington, Virginia, “Information Sheet: Philadelphia Experiment”, there have been many queries about the Philadelphia incident. The document is dated September 8, 1996. The roots of the story go back to 1955 when the late Morris K. Jessup published The Case for UFO’s.

After the book was published, Jessup received mail from “Carlos Miguel Allende,” who gave his address: R.D. #1, Box 223, New Kensington, Pennsylvania. In his letter, he remarked about Jessup’s book and gave details of a supposed secret naval experiment conducted by the Navy in its Philadelphia Shipyard in 1943. The letter was signed Carl Allen.

In 1956, a copy of Jessup’s book was mailed anonymously to the ONR, after Jessup distanced himself from Allende. The pages of the book contained hand-written comments which alleged knowledge of UFO’s, how they moved, the culture and philosophy of the beings in UFO’s, described in pseudo-scientific and illogical terms.

Two ONR officers took an interest in the book and showed it to Jessup who deduced that the writer of the comments on his book was the same person who gave him information about the Philadelphia Experiment. The officers had the book retyped and reprinted, in typewritten form. There were twenty-five copies. The officers and their items left the agency years ago. The ONR doesn’t have a copy of the book.

Employees at the Fourth Naval District in Philadelphia believe questions surrounding the so-called experiment rise from routine research during WWII in the Philadelphia Naval Shipyard.

Until recently, it was believed that the foundation for the mythical stories rose from degaussing experiments which have the effect of making a ship invisible to magnetic mines. Another likely origin of bizarre stories about levitation, teleportation and effects on human crew members might be attributed to experiments with the generating plant of a destroyer, the USS Timmerman.

Allen was born in 1925 and died in 1994. They were signed, “Carl M. Allen.” According to Starfire Tor’s website, www.starfiretor.com/PE/BiographiesPhotos.htm, Allen alleged the US Navy was involved in a secret experiment that included a destroyer, invisibility, teleportation and time travel.

A news item in The News of Colorado Centennial Country, on August 22, 1986, featured Allen’s confession. He admitted that the Philadelphia Project was a hoax and claimed that he was one of four people who comprehended the unified field theory because Einstein taught him about it.

Depending on his whim, Allen confessed to the hoax, retracted the confession and confessed again. His last statement was that he perpetuated the hoax.