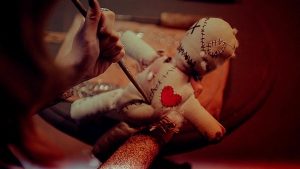 Pin dools, black magic and skeleton-painted priests are inextricably linked with the popular perception of Voodoo. A combination of Hollywood movies, fictional novels and comic book story lines have helped instil the idea that Voodoo is a mystical, evil religion, stemming from darkest Africa.

Many people believe it has been used to bring about the early deaths of unwelcome researchers and to resurrect the zombified bodies of dead believers. However, those who practise Voodoo say these rumours and myths have been borne out of ignorance and misplaced fear. Voodoo, they say, is actually a peaceful religion very similar in emphasis to the Catholic faith.

They say it should cause no feeling of trepidation in anybody. Voodoo, also known as Vodun, Vodoun, Voudou or Sevi Lua, originated in the west African countries of Nigeria, Benin and Togo. ‘Voodoo’ is an ancient African word for ‘Great Spirit’, and the religion itself is believed to stretch back many millennia.

The first the developed world knew of it was when slave traders started capturing African workers in the sixteenth century, and deporting them to the West Indies. On arriving in the islands, the slaves were forcibly invested in the Catholic faith, but as there were few facilities for them to actually practise this new religion, many slipped back into their native traditions.

Their religion was created on the idea of one supreme God – an unknowable but almighty force. Under Him there lies a network of ‘Loa’ or spirits, which are broadly equivalent to the Christian idea of patron saints. Each Loa represents a different area of life and has certain qualities. For instance, if a farmer was worried about his crops he would focus his worship on the Loa known as ‘Zaka’, the spirit of agriculture. 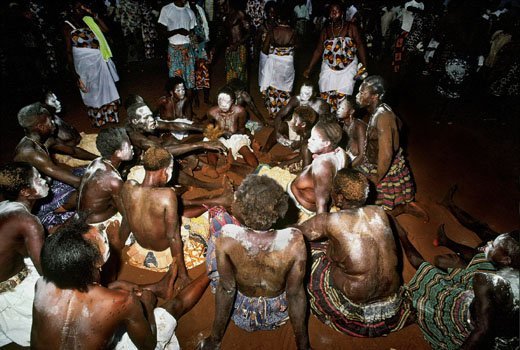 Despite the similarity between these African faiths, and their own, the French and Spanish conquerors refused to accept that these enslaved savages could have their own indigenous religion. Fearing that they were actually worshipping the devil, Voodoo was banned, and slave leaders and priests were beaten into confessing that their rituals were evil.

However, the Voodoo faith was continued in secret, particularly in Haiti. Over time it even adopted some aspects of the Catholic religion, as descendants of the original slaves spread throughout across the Caribbean. The belief of West Indian workers mixed with Voodoo practices of slaves taken to the American southlands and a centre for the faith was soon created in New Orleans with its fertile blend of French, Spanish and African cultures.

Today, 15% of New Orleans citizens, and 60 million people worldwide, practise Voodoo. In 1996 it was also made the official faith of Benin. Despite this official recognition, there is still a great deal of mystery and fear attached to Voodoo rituals.

Dancing and chanting accompanied by beats from rattles and religious drums called Tamboulas begins. One of the dancers is said to be possessed by the Loa, enters a trance and behaves just as the Loa would. An animal, normally a chicken, goat, sheep or dog, is sacrificed and their blood is collected. This is used to sate the hunger of the Loa.

Although these rites and rituals are used for good purposes – asking for guidance and help – there are some less wholesome practices. Voodoo black magic is performed by Caplatas or Bokors who place curses, and stick pins in Voodoo dolls to cause people pain and suffering.

However, this use of Voodoo is very rare, and the faith is promoted by its followers as being a wonderful way to understand the human condition and the world around us. Even though some of the practices seem a little strange, are they really much different from evangelist rituals or even archaic Catholic rites? As with many of Humanity’s mysteries, a little tolerance and understanding goes a long way to revealing the truth.

How to Know When a Negative Entity is Misleading You

Am I Cursed? How to Find Out and What to Do About It

The Spiritual Power Of Salt: Protecting From Negative Energy