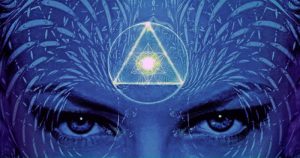 Myth, legend and various spiritual sources occasionally refer to the “third eye.” You may have encountered it in a New Age book, or as a jest in a movie. Skeptics scoff at it, and many people are completely ignorant of it.

Is there anything to the concept of the third eye? And if so, do you have one? Read on… you may be surprised.

What Exactly is It? Is It Really an Eye?

The ‘third eye’ has been long been considered the epicenter of power. It is the eye of wisdom; the eye of knowledge. It is the center through which all esoteric knowledge is said to come. The third eye is believed to be the energy point on the body that receives psychic messages and visions; clairvoyance, telepathy, seeing auras, chakras, ghosts and other such mystical experiences are said to be perceived through this eye.

The third eye is the rabbit hole through which you can journey to discover your true self, your higher self or your spirit guides. Some even say it is through your third eye that you communicate with your Higher Power.

Some spiritual people have suggested that it is the remnants of an eye that failed to fully evolve as people grew to fear and discourage mystical powers and occult knowledge.

Where is This Third Eye, Anyway?

It’s located on the brow directly between the eyes, about an inch above the eyebrows. Hindus mark the spot with a tilak, or a red dot.

Gods and goddesses of Indo-European pantheons often have an additional eye, single eye, or have lost an eye.

From Odin of Nordic mythology in the far north to Horus of Egyptian mythology in the south, from the Fates of the Greek Isles to Mayari, moon Goddess of the Philippines, there is a uniting theme in the myths: the eye is all-seeing, the portal through which wisdom and knowledge flows.

The third eye actually aligned with the pineal gland, which resides deep in the center of the brain. This gland is responsible for secreting hormones that regulate our waking and sleeping patterns. Interestingly enough, it is the state of consciousness directly between being awake and being asleep in which psychic activity is known to occur.

Does Everyone Have a Third Eye, or Only Special People?

Everyone has a third eye, but not everyone uses it. A psychic or those who are spiritually enlightened walk around with the third eye open.

Skeptics or those entrenched in dogma and fear usually walk around with that eye tightly shut. Most people have it open to some degree at least some of the time, even if it’s only an occasional peek.

In some cases, just becoming aware of that third eye is enough to open it a crack. Education, particularly in the realms of metaphysics and spirituality, can also help.

Meditation is probably one of the best ways to train yourself to open that eye. Meditation teaches you the mental discipline you need to bring your consciousness to that place in-between waking and sleeping, and teaches you to hover there long enough to begin receiving images and impressions.

Other spiritual practices like yoga, mindfulness and trances will bring you to that place as well. Some psychics can help train you to locate and open it by guided meditations, placing crystals on it or using sound vibrations.

Fair Warning: if you do open that third eye, be prepared to be amazed. At first, you might face some things that frighten or unnerve you. Once you get past the initial shock, you’ll experience spiritual wonders. Using your third eye can be a great benefit in life. After all, who couldn’t use a little access to all universal wisdom and knowledge?

Recharging Your Batteries by Drawing on Universal Energies

Are You Giving Away Your Personal Energy Without Realizing It?

24 Most Important Principles Of Life