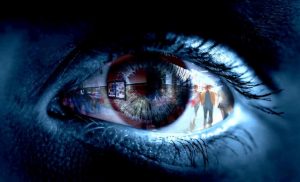 Déjà Vu is the phenomena in which an individual has a sudden moment where it seems like the event has already occurred previously in time.

In 1876, E. Letter Boirac coined the phrase “déjà vu.” Meaning “already seen,” déjà vu is the feeling that a new situation has been previously experienced.

It’s generally believed that déjà vu is not precognition, which is psychic knowledge – ken of the future. Precognition happens before the event; déjà vu, during the event. It isn’t retrocognition, ken of the past.

When people experience retrocognition, they receive knowledge of past events. It isn’t a hallucination, which is caused by an illness, such as schizophrenia, or by drugs. Déjà vu usually lasts from ten to thirty seconds, hallucinations typically last much longer.

Déjà vu is exceedingly difficult to study because it occurs spontaneously, lasts briefly and has no witnesses or manifestations other than the experient exclaiming “Déjà vu!”

Studies depend on subjective descriptions of people’s experiences. Psychologists, parapsychologists and medical professionals only have theories.

One proposed theory regarding déjà vu is that it involves some type of psychic experience. Let’s say a person goes somewhere for the first time and it seems oddly familiar. The explanation is that the individual had previously visited the location while having an out-of-body experience, (or what some refer to astral traveling,) while asleep.

This suggests that memories are like holograms, in that people can recreate total three-dimensional images from any piece of the whole.

Déjà vu occurs when some aspect, such as a sight, sound or aroma, in the current environment is similar to a fragment of a memory and the mind recreates an entire scene from that piece.

Jung, himself, experienced a déjà vu. On his first trip to Africa, while onboard a train, he looked up at the landscape and felt he had lived there five thousand years earlier. According to Jung, he experienced “the recognition of the immemorially.”

This postulates that memories of past lives surface into the present one. Proponents believe there’s a connection with wish fulfillment from previous carnations into the current one.

For example, a person arrives in London for the first time and just “knows” he’s been there before. This would be due to a memory from a past life.

This theory presumes that reincarnation is a reality, not a matter of belief. While parapsychologists study reincarnation and there is evidence for its existence, such as the cases of Lucia Altarez de Salvo and the Watseka Wonder. There is no hard scientific proof that it’s valid.

Déjà Vu Caused by Memories from Other Sources

This theory proposes that people have many memories stored in the subconscious that come from different aspects of life, including personal experiences, books read, movies and pictures.

The memories about things not personally experienced can be very strong and submerge in the subconscious. When a similar event happens in the present, subconscious memories are evoked, causing déjà vu.

It is very common to dream during the night, only to awaken and not remember the dream. A possible explanation for déjà vu is that a person has a prophetic dream, which means a dream about a future event, only to awaken with no recollection of the dream.

At a later time, the scenario unfolds just as it did in the dream and is recognized by the subconscious mind.

According to psychic Sylvia Browne, a believer in reincarnation, each person plans out certain life lessons to be learned before incarnating. Think of it as a kind of blueprint for life. A déjà vu is an indicator the a person is on the correct path to be followed within the current lifetime.

Most people experience déjà vu at least once in their lifetimes. Although many different and interesting theories are circulating about the cause and meaning of déjà vu, at this time, there is no definite explanation for why this phenomena occurs.