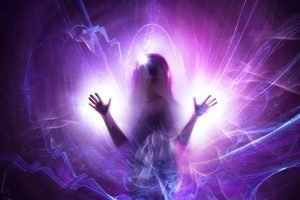 Auras are often mentioned, especially in relation to the paranormal, but rarely do you see a good explanation of exactly what they are. People are said to have good or bad auras or auras reflecting certain emotions; but how can those who cannot see them, understand what it means?

An aura is a subtle light surrounding a person or object, an example many will be familiar with is the halo in religious art. The aura is often used in religious art to identified people of particular power or holiness.

Interestingly, the aura is depicted in the religious art of almost all religions and examples can even be seen in prehistoric petroglyphs. Religion aside, many believe that every object living or not has an auras. Whether it is visible to others may depend on innate ability, or whether the person seeing it has had some particular training in seeing auras.

Auras are said to range from a simple glow for inanimate objects to a more complex interplay of colors surrounding a human. There can be layers of auras, each with their own colors; some associate the colors with various personality traits, or as an expression of the person’s emotions.

Of course, as with anything else, skeptics abound. They have suggested that many people see auras due to migraines, epilepsy, synesthesia (a neurological condition in which stimulating one sense leads to experiences in another sense, such as people who experience colors as sounds), visual disorders, brain disorders, eye fatigue, or the influence of psychedelic drugs such as LSD. 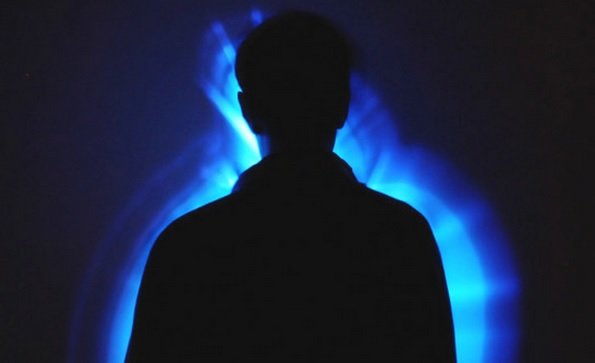 But regardless of what skeptics think people have seen auras throughout history regardless of the time period or culture, particularly in a religious spiritual context.
In the Middle East auras have traditionally been associated with enlightenment.

The Prophet Zoroaster who founded Zoroastrianism in ancient Iran 3,500 years ago was said to have shone with a khor (aura). In Islam the Prophet Muhammad is depicted with a farr (aura), though images are few.

Auras have also been depicted in Eastern religions. In Buddhism, the “enlightened Buddha” is sometimes shown with colors around him to demonstrate his enlightenment. In both Hinduism and Buddhism, a person’s aura colors are often linked with internal energy and the chakras.

In Jainism, there is a belief that the soul reflects the colors of the karmic matter it associates with; each person’s color varies depending on the psychic states and mental activities behind an action.

The halo of light is a common feature in Christian art and though the word aura or halo is never used it is described several times. For example, Acts 1:14 gives this account that took during The Feast of Pentecost:

“And suddenly there came a sound from heaven as of a rushing mighty wind, and it filled all the house where they were sitting. And there appeared unto them cloven tongues like as of fire, and it sat upon each of them.”

Mystics and occultists have long made auras part of their teachings. In general they maintain that the aura is an energy field that surrounds the human body and generally divide it into seven layers and a complex interplay of seven colors.

The first layer called commonly called the etheric layer is usually associated with a person’s health and the next layer the spiritual layer indicates a person thoughts and emotions. But bear in mind this just a generalization and appears to rely on each individual viewer to interpret.

The internet is abundant with sites that claim to help you see auras by performing various exercises. There are also various devices that can be found such as Kirlian photography which uses high voltage, high frequency, low amperage electric fields to capture images on film that a claimed to indicates auras.

And on Ebay and Amazon aura glasses can be purchased that are based supposedly on the work of Dr. Walter J. Kilner. He discovered an apparent human aura could be viewed when using a filter that made ultraviolet light visible.

Last but not least, there are apps for iPhone and Andorid phones that claim to make auras visible. All these claims should be viewed solely for entertainment. As a friend of mine once said, “If someone on the internet tells you it is raining, you better stick your hand out the window and see if it gets wet.”

In short, the perception of auras is not a recent development; they have been perceived and described throughout history all over the world. While the meanings associated with auras may vary slightly, most are agreed that auras consist of several layers, each of which can be a different color, and the colors reflect mental and emotional states, or personality traits. It is also sometimes seen to express enlightenment or spiritual advancement.

Animals In Our Dreams: What Are They Trying To Tell Us?

Five Steps to Learn How to Easily Achieve Astral Projection