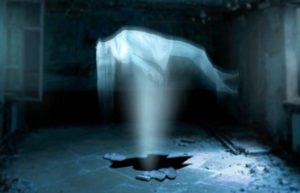 Are you curious about what happens once we die? You likely are if you’re reading this. After all, who wouldn’t be curious? It’s one of the biggest mysteries out there. Luckily there are plenty of stories from people who have had near death experiences, as well as deceased that have spoken through psychics and mediums.

The instant people die; they are not always automatically whisked away to the afterlife. In many cases they find themselves separated from their bodies, actually looking down on the lifeless figure below. Depending on the manner of death (accident, murder) the departed may not even realize that he or she is dead. Some simply wander and wonder what has happened.

According to most accounts however, once the soul separates from the body, it is a peaceful, loving and beautiful experience. The departed walks through a tunnel of light into a paradise where he or she is greeted by angels, ascended masters, ancestors and other departed relatives.

After being greeted by the welcoming committee mentioned earlier, the newly departed soul receives an orientation session. It’s a sort of getting-to-know-you meeting to help one feel more at ease.

If the person died from a trauma or was ill before death, the being usually goes to a triage center or hospital on the other side, where he or she can be healed of any negative residual vibrations left in the energy body. The same goes for any other energetic imbalances prior to death.

Souls then get to familiarize themselves to life without a body while learning about their next steps. A life review is often conducted and then opportunities are discussed regarding their future plans. That could mean staying on the other side to learn, assisting in the etheric realms, preparing for reincarnation, or a number of other options.

At some point early in the orientation process, souls often come back to visit their family members. Most people attend their own funerals in order to comfort loved ones. Admittedly many of the deceased are curious about who shows up to the funeral and what they say. Guess you can’t blame the dead for being human! But at the end of the day (or life), it’s all about the love and the eternal journey.