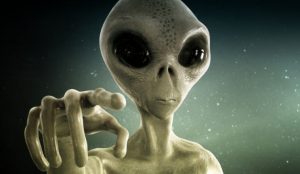 The thesis of Timothy Good’s book entitled Unearthly Disclosure is that the American Government has shrouded the UFO subject in secrecy to protect its ‘privileged contact’ with alien races based here on Earth. Good sites many statements from reputable eye-witnesses that corroborate his claims that alien bases exist on Earth, some of which are deep below the sea.

The reasons for the secrecy are simple: The inertia of highly classified programs, embarrassment over past illegal actions taken to enforce secrecy, and the fact that the energy and propulsion systems behind the mysterious UFO objects have been studied and fully understood.

This disclosure would spell the end for oil, gas, coal and other conventional forms of power – and with that, the end of the current oil-based geopolitical order and economy. The truth is our tax dollars have been used to investigate this matter for decades and it is time for a dividend on that investment. The full disclosure of the facts will enable humanity to attain a sustainable civilization without global warming or the need for oil.

How would society react to the knowledge that trillions of dollars have been spent on unauthorized, unconstitutional projects over the years? And that these tax-payer dollars have been used by corporate partners in this secrecy to develop spin – off technologies based on the study of ET objects which were later patented and used in highly profitable technologies?

Not only have the taxpayers been defrauded, they have then been made to pay a premium for such breakthroughs which were the result of research paid for by them! And this does not address the intellectual property theft of such technologies from the ET s.

While the basic energy generation and propulsion technologies have been withheld, these corporate partners have profited wildly from other breakthroughs and benefits in electronics, miniaturization and related areas. Such covert technology transfers constitutes a multi-trillion dollar theft of technologies which really should be public domain since taxpayers have paid for it.

And how would the public react to the fact that the multi-billion dollar space program, using internal combustion rockets and the like, has been a primitive and unnecessary experiment since much more advanced technologies and propulsion systems were in existence before we ever went to the moon?

NASA and related agencies have, for the most part, been as much a victim of this secrecy as has the rest of the government and the public. Only a small, very compartmentalized fraction of NASA people know of the real ET technologies hidden away in these projects. Certainly my uncle, who helped design the lunar module which took Neil Armstrong to the moon, was as much a victim an anyone insofar as he was denied access to these technological breakthroughs. He had to rely on the old physics and the old internal combustion jet thruster technologies just like everyone else. What a shame.

The inescapable reality is this: This secret project, no matter how well intentioned initially, got carried away with its own secret power. It abused this power. It has hijacked our future for fifty years.

And the scandal of this fact would result in such consternation in society and in government that its consequences can hardly be imagined. Indeed, it could well be cataclysmic from a social and political perspective.

In fact, the quiet coup d’etat of the late 1940s and early 1950s, once exposed, could result in real instability today.

But the situation is actually much worse than this. All that is written above is dwarfed by a larger problem: The covert group running these UFO related black projects have also had exclusive sway over the early days of an embryonic extraterrestrial-human relationship. And it was been tragically mismanaged – nearly to the point of genuine global catastrophe.

For what happens when an unelected, unappointed, self-selecting, militarily oriented group alone has to deal with inter-species relations between humans and ET s? Well, as in most areas, if you wear rose-colored glasses the entire world looks red. And if you are wearing military glasses, every new and uncontrolled development will be seen as a potential or real military threat.

The nature of such a group – which is inordinately controlled and incestuous – is that it is homogeneous in world-view and mind-set. Power and control are preeminent qualities. Such extreme secrecy creates a very dangerous milieu in which checks and balances, give and take, are utterly lacking.

And in such an environment, very dangerous decisions can be made with inadequate feedback, discussion or insight from needed perspectives which are, per force, excluded.

In such an environment of extreme secrecy, militarism and paranoia, we have found that immensely dangerous actions have been taken against the ET s. Indeed, we have multiple inside sources who have described to us the use of increasingly advanced technologies to track, target and destroy extraterrestrial assets.

If there is even a 10% chance that this is true ( I am convinced it is 100% accurate) we are dealing with a global diplomatic and social crisis which is utterly out of our control but which puts the entire planet at risk.

By Dr. Steven M. Greer, The Disclosure Project is an organization started by Greer in 1993 source: disclosureproject.org