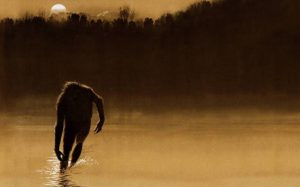 Bernard Heuvelmans earned a doctorate in zoology and was interested in animal oddities until he read a 1948 article, “There Could be Dinosaurs,” by Ivan Sanderson in the Saturday Evening Post.

He credits this article about the possibility of dinosaurs surviving in remote regions inspiring him to have an interest in studying Unknown Mysterious Animals or UMAs.

Heuvelmans coined the term, “cryptozoology,” to create the field as a science and separate it from other paranormal areas. Earlier writers in the field, using the terms exotic or romantic zoology, usually included creatures of mythology and folklore.

Cryptids include those UMAs who have been witnessed, but not killed or captured, animals thought to be extinct and those found outside their natural habitats.

Cryptozoology as a Speculative Science

The field has its roots in biology and zoology. Cryptozoologists research UMAs hoping to gather evidence to prove that these cryptids might exist.

Usually, cryptozoologists begin by gathering sightings from witnesses and analyzing them. Plaster casts are made from foot or paw prints.

Hair samples and scat will be tested, if available. Cryptozoologists’ goal is to determine if the evidence is strong enough to interest zoologists and biologists in trying to prove a new species or subspecies of animals exists.

While these have been sighted, some filmed or photographed and have left evidence, such as foot or paw prints and scat, none have been captured or killed with its body intact, so they remain unrecognized by mainstream science. These include:

Cryptids Found Outside their Natural Habitats

Members of this group are Alien Big Cats, ABCs, also called phantom panthers. There have been sightings in the Americas, Australia and Europe. ABCs have killed domestic animals for food.

In some cases, pictures were taken, paw prints were cast and scat and hair were analyzed.

There are rationalizations to explain ABC’s existence. They’re escapees from zoos or circuses. According to documentation, there have been extremely few escapes and the animals were caught within hours.

The timing of escapes doesn’t correspond with high numbers of sightings. ABCs are escaped or set free exotic pets. While there are some cases of this being true, most don’t fit this explanation.

There have been sightings before they were kept as pets. The animals are usually seen in specific locations, as recognized animals are. It’s a case of mistaken identity. The usual explanation for ABCs is that the animal was a large feral or domestic cat or another known animal.

Cryptids Believed to Be Extinct

There have been many reports of sightings of animals whose description fit those of animals declared extinct prematurely. Mainstream scientists acknowledge this has happened.

The coelacanth, a fish, was declared to have become extinct 65,000,000 years ago, but one was caught near Cape Town, South Africa in 1938. A second one was captured in 1952. A population of coelacanths, possibly a different species, was discovered near North Sulawesi, Indonesia in 1997. The fish was known in African folklore as the gombessa and in Indonesian lore, the rajalaut.

It’s believed that the last thylacine, also called the Tasmanian wolf or tiger, Benjamin, photographed in his cage, died on September 7, 1936 at the Hobart Domain Zoo in Tasmania.

Since then, there have been thylacine sightings and attempts to photograph the elusive creature. The debate about the animal’s survival continues.

Will Cryptozoology Be Given the Recognition it Deserves?

Heuvelmans wanted to create the field as a science, separating it from other areas in the paranormal. In earlier times, writers in the field usually included legends and folklore in their stories.

African folklore had stories about Pongo and an animal resembling a cross between a zebra and giraffe. These animals were captured and are the gorilla and okapi.

It appears there’s a growing trend for zoologists and biologists accepting the possibility that some cryptids might be real animals not yet “discovered.”