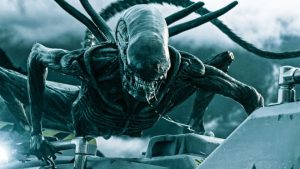 The real image of aliens has little to do with movies and books which are trying to impress us. Scientists from Oxford have modeled various variants of alien evolution and their appearance is very different from green men.

Unlike science fiction, scientists are used to modeling the appearance – the external prerequisites of the environment. The result was a scientific report that the research team published in the International Journal of Astrobiology.

The authors of the study suggested that the path of development on other planets will also be evolutionary and they modeled the development of life forms from simple to complex, just as it was on Earth.

The key element of the vector of evolution there was an external environment – an option that it will be similar to the earthly evolution is extremely small.

The result of the work are images of quaint creatures, which may appear in various environmental conditions. Among the possible life forms, there may be completely strange life forms like creatures without DNA or silicon creatures.

So the chance to meet green men, according to scientists, is almost zero.