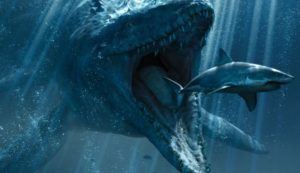 Historical records relating to days of old and modern times alike contain numerous eyewitness accounts of rather dangerous encounters between humans and mysterious marine creatures. Those accounts were provided by seamen of the merchant marine and the Navy, reports “Pravda”.

For instance, Y. Starikov, a former Soviet Navy officer, reported that he and most of his crew had seen a sea serpent in the vicinity of Kunashir, one of the South Kurile Islands. The incident took place in 1953. The creature swam past the vessel at a high speed. Then it smoothly dove into the water, without making a splash.

Six years later in the Barents Sea, crewmembers onboard the Soviet Navy patrol boat SKR-55 under command of Captain A. Lezov repeatedly saw a sea serpent swimming in close proximity of their vessel. Sea serpents in the northern seas were mostly dark brown, and those in the southern seas near Antarctica were of the color light brown, and swam in shoals comprising up to 30 animals each.

The American explorers Bleat and Ridgeway provided an account of their nighttime meeting with the Great Sea Serpent in July 1966. The explorers were rowing across the Atlantic. One night they were startled to see a large snakelike head emerging from the water. The head was attached to a long flexible neck. The creature’s protruding eyes were the size of a saucer.

There was a greenish twinkle in those eyes as they goggled at the humans. The creature swam parallel to the boat, fixing its eyes on the explorers. After overtaking the boat, the mysterious animal flashed its bulky body for a moment and dove underwater, leaving a fluorescent track on the surface of the ocean.

According to the explorers, the monster scared the living daylights out of them. They felt like a couple of rabbits being watched by a constrictor. People can be struck with awe even if they happen to see the eyes of a sea serpent at a distance.

For instance, the following account was provided by George Zegers, a Canadian fisherman. He was fishing near Vancouver Island one day. 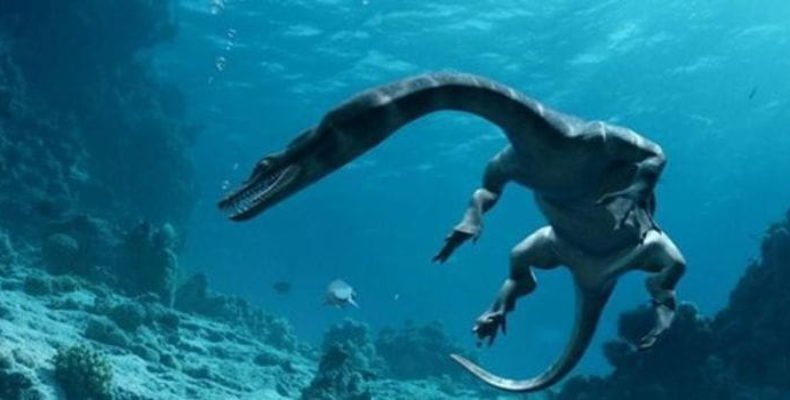 “Suddenly I felt very weird. Cold shivers ran down my back. Then I felt being watched and turned around. I saw a creature’s head sticking out of the water some 50 meters away from my boat. The head sat on a neck that was at least two meters long, that neck measured 30 centimeters in diameter. Two pitch-black eyes were staring at me. Those eyes were bulging out the head, which was about 40 centimeters in diameter,” Zegers said.

Bernard Eiwelmans, a well-known zoologist at the Brussels-based Royal Institute of Natural Science, collected and systemized many of similar accounts and reports to publish a book called The Giant Sea Serpent. The researcher divided the creatures into nine principal classes.

Serpents are a prominent part of the mythologies in many cultures. In particular, Eastern culture has a deep reverence for serpents, which are seen as good creatures in the East, compared to a rather negative stance on serpents in Europe, where the creatures are widely regarded as the devil incarnate.

The Eastern “King of the Dragons” is a mighty beast; it stretches out for half a kilometer. The beast keeps control over the elements. He can also control the oceans, seas, rivers and the inhabitants of all five underwater kingdoms e.g. dragons populating the green, red, yellow, white and black countries of the North and Earth.

Swedish scientist Olaus Magnus published his work on history and geography entitled The Marine Charts in the early 16th century. Among other things, he comments on the perils of the sea monsters, which emerge from the depths of the sea and attack the seafarers.

Magnus writes that the monsters are especially dangerous to those sailing small ships. Crews were reported to abandon their ships for reasons unknown. Some of the abandoned ships were later salvaged. Nothing but several trembling cats on the deck and stone-cold meals in the mess hall was found. 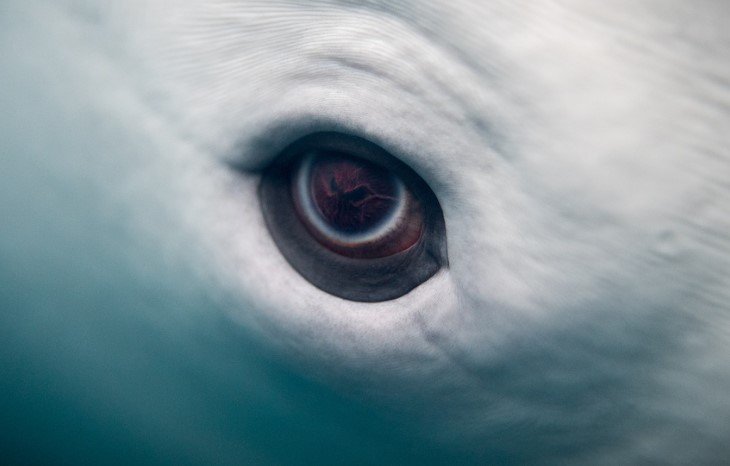 There have been numerous reports of whales, sharks and dolphins casting ashore in large numbers in different parts of the world over the last ten years. The marine animals have regularly come ashore at the coasts of South and North America, South Africa, Australia (Tasmania Island) and Japan.

The marine animals cast themselves ashore from December to March. Some animals reportedly head for the shore at great speed as if trying to seek shelter from some danger, whereas others come ashore rather slowly yet persistently. Animals tend to get back to the shore once returned to the ocean by rescue workers. However, they swim away safely if released into the sea in a different location.

There is a place on the West Coast of the United States where dolphins swim along the coast before casting themselves ashore year after year as thousands of spectators look on. The phenomenon was dubbed “parade”. What makes the animals come ashore at the end of this “parade”? Some scientists now believe that the animals come ashore following some physical or physical and biological impact generated by an incomprehensible source.

Studies involving a number of clairvoyants indicate that a powerful release of energy causes the cetaceous species to cast ashore. The energy release can be produced by an animal that resembles a sea lion or a seal. We will refer to it as an “ocean lion.”

Compared to the brain of a dolphin, an ocean lion’s brain is much more advanced. Its brain activity can cause a hypnotic effect on the cetaceous species by emitting high-frequency pulses, which spark up panic and suicidal tendencies among the aforementioned marine animals. As a result, they begin to run away if they happen to fall within reach of radiation caused by the ocean lions.

As regards the ocean lions, they live in the ocean caves, which are interconnected via the underwater conduits with caves above the ground in the islands and coastal areas. There are at least seven families of the ocean lion in different parts of the world. The species are thought to populate the regions near Greenland, and areas lying east of the Caribbean Sea.

They are also thought to live east of Tierra del Fuego; in the southernmost part of the Indian Ocean (near Antarctica); in the vicinity of the Solomon Islands; in the Chukchi Sea (north of Wrangel Island).

The ocean lions do not feed on the cetaceous species – they send them packing with the help of the high-frequency energy release mentioned above.
Translated by Guerman Grachev

Legend of the Crying Squonk