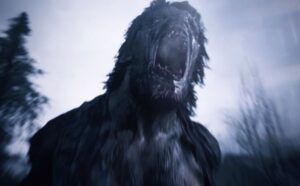 The quiet, hidden cemetery in Chariton County, Mo., sits at the end of a slice of gravel snaking into hills. A dark roof of trees turns the long stretch of rocks and dirt into a leafy tunnel.

Ryan Straub, founder of the Missouri-based ghost hunting group Tir Firnath, has often visited the cemetery and experienced strange things. However, nothing has disturbed him as much as what he and fellow Tir Firnath member Mike Haurcade saw standing on that gravel road.

“Mike and I we were leaving one day,” Straub said. “As we were leaving, we were in the middle of the hills and we saw a very large dog in the road. It stood up on its hind legs and left the road.”

Straub and Haurcade froze as the beast walked on two legs into the thick trees.

“That bothered me,” Straub said. “The only thing I could think of was it was the mythical beast the werewolf.”

Werewolves, in various forms, have existed in many cultures across the world. From the Medieval European werewolf that dominates horror movies, to American Indian skinwalkers, the image of a man changing into a beast has terrified people for centuries. But, sitting safely in a cozy house, watching television, the werewolf stalking the night is nothing but legend.

The glow of city lights bathed the Arizona night in gray as four teenagers walked onto the Shalimar Golf Course in Tempe. Carl Davis, now an adult, was in high school when he and his friends, bored with their weekly Bible study meeting, walked outside.

“The girl’s house we did it at lived right on (the) golf course,” Davis said.

The Shalimar Golf Course sits in a highly populated residential area of the city, so the group tried to be quiet as they kept to the edge of the golf course, walking along palm trees that lined a wall.

“We were there talking and (goofing) around,” Davis said. “My girlfriend says something like, ‘hey something just jumped out of that palm tree.’”

The trees were approximately 35 feet tall, so the other teens laughed and resumed their conversation.

As Davis turned toward his girlfriend, he saw something he couldn’t believe.

“I look in the direction and there’s a … creature lumbering along the wall towards us,” Davis said. “It was as tall as me, six foot, hunched over, huge snout like a werewolf.”

The beast, blacker than the night surrounding it, lunged toward the teens and they ran.

“It was chasing after us,” Davis said. “It was running along the wall toward me and I just turned and ran, I didn’t think to look back.” 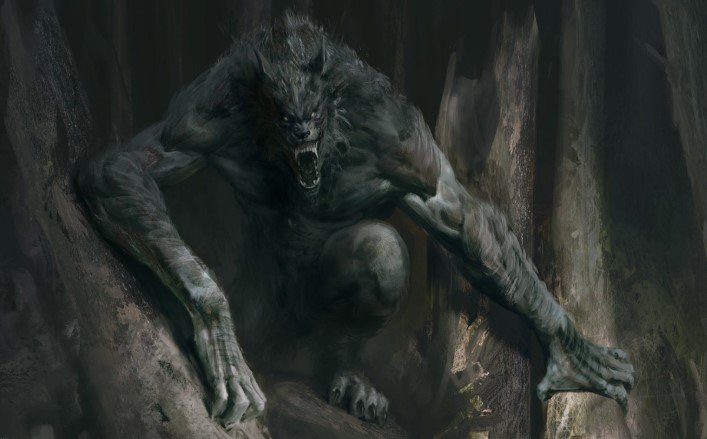 The teens never saw the thing again, although something about the encounter still confuses Davis.

“It was in the middle of town,” he said. “That’s what always gets me about that thing. Not out in the woods or at a secluded cabin, but in Tempe, Ariz.”

But Arizona and Missouri are not alone in these encounters.

Kori Williams, her cousin Richard and two friends, were driving near Midlothian, Ill., on a late-night trip when a large, man-like beast ran into the road.

“A six- to seven-foot man beast thing ran from the Rubio Woods to the woods behind an electrical fence of some kind,” Williams said. “Richard swerved to miss the creature.”

The beast was covered in bluish-gray fur, its snout was “like a coyote or wolf, but longer,” its eyes “were like holes,” and the smell of wet dog waft throughout the car. Although the four didn’t see the creature for long, the thing that stuck with Williams was the beast’s hands.

“I call it ‘manlike,’ because of its size and hands,” Williams said. “They looked like human hands except for the fingers were really long, clawed and covered in fur. Richard thought it was a werewolf or something.”

A universe of the unknown lies just beyond human perception – maybe there is truth to the legends.