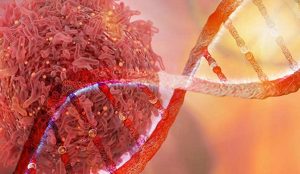 Recent research by scientists has shown that microgravity exposure destroys up to 90% of cancer cells within 24 hours. This does not mean that cancer patients will be sent to Earth orbit, as scientists have another suggestion – an imitation of this effect using developed drugs.

It is known that the human body in low gravity behaves somewhat differently. Therefore, scientists from the Sydney Institute of Technology decided to more carefully study the effect of weightlessness on the development of cancer.

The researchers created a microgravity simulator, which immersed cultures of breast, ovarian, lung, and nose cancer cells. As a result of a twenty-hour exposure, up to 90% of cancer cells died.

The authors of the development believe that the main drawback of the gravitational effect is that it disrupts the processes of intercellular communication, and the cells do not “know” about their surroundings. This phenomenon is called the mechanical unloading effect, due to which astronauts lose bone mass.

Scientists still do not quite understand why this effect has a stronger effect on malignant tumors than on healthy cells in the body. To find out, scientists began preparations for the next experiment, which will be held at the ISS.

Participants in the scientific mission will monitor the state of cancer cells directly in orbit, expecting to receive more useful information needed to search for new cancer treatment methods.

Of course, scientists do not intend to send sick people into space, and this is not required. Scientists in orbit will be looking for receptors that are responsible for the destruction of cancer cells under the influence of microgravity. If the experiment is successful, the researchers will try to create a drug that causes the same effect.