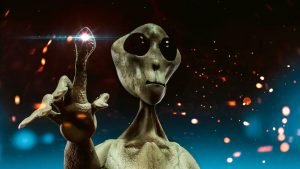 A group of scientists representing the American aerospace agency NASA offered their explanation for why humanity has not received a single signal from extraterrestrial civilizations. According to the authors of the study, this does not necessarily mean that aliens do not exist.

Also in their study, scientists said how humanity could protect itself if it found evidence for the existence of another intelligent race in the Universe.

The vast majority of astrophysicists do not believe that aliens have ever visited Earth, but many experts quite admit that extraterrestrial life exists.

Some planetary scientists still hope to find its primitive forms within the solar system – for example, on some satellites of gas giants covered with subglacial oceans. It is possible that even Mars was previously inhabited.

As for the planets in the orbits of other stars, the probability of life and even extraterrestrial civilizations on them is even higher – many of these cosmic bodies resemble the Earth in their characteristics and are at the optimal distance from their luminary so that the water on them remains in liquid form.

The authors of the new scientific work also suggest that the Earth may not be the only planet in the history of the universe, the inhabitants of which might want to find “brothers in mind.”

However, according to scientists, alien civilizations that received such an opportunity in the past destroyed themselves before they could use it.

Based on this theory, scientists have put forward the assumption that humanity can destroy itself. According to astronomers, if humanity manages to find out what could cause the disappearance of aliens, this would allow the population of the Earth to avoid a similar scenario.