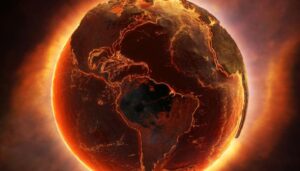 UN Secretary General António Guterres warned that in 2020 the Earth’s temperature reached a record high in the past three million years. He stated this during a speech at the international conference “Petersburg Climate Dialogue”.

Guterres noted that the past year was an unprecedented period with many extreme weather and climate disasters.

“The concentration of carbon dioxide again rose to a new maximum: 148% above pre-industrial levels. This is the highest level in 3 million years. Three million years ago, the Earth’s temperature was 3 degrees higher and the sea level was about 15 meters,” he added Secretary General of the organization.

He explained that the Earth is moving towards a 2.4-degree rise in temperature for the rest of the century, which is considered a catastrophic indicator.

“We are really on the edge of the abyss,” Guterres said.

Countries should work together and take the green path to prevent the worst impacts of climate change, he said. The Secretary General recalled that the countries that account for 73% of emissions have already pledged to reduce them to zero by 2050.

Shocking video: in the USA, a trap camera captures a “zombie deer”