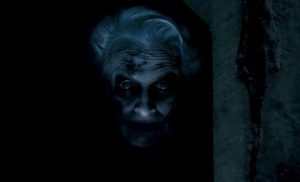 My name is Joel, and I currently reside in Halifax, Nova Scotia, Canada. My wife Mary and I moved here four years ago from Toronto, as I was offered a teaching position at the Provincial Archives. Halifax is an extremely old city, founded in 1749, and during World War One it was used extensively as a base for Allied warships to load supplies.

One December day, two ammunition ships collided in the Harbor and one exploded, while it was carrying hundreds of tons of TNT. What happened became known as the Halifax Explosion. Countless citizens died and half of the city was completely demolished. Back to my narrative. We bought an old house in historic Halifax and settled in. About a couple of months later I was awaken in the middle of the night by noises downstairs.

I slowly made my way down and saw a silhouette standing in front of the front window. Surprisingly, I wasn’t scared. The figure appeared to be an older lady, and as I reached for the light switch, it seemed to ‘float’ sideways and out of the way of the window so I could not see it.

When the light went on, there was nothing to be seen. Now, I have always prided myself on being the very essence of rational thought, and I managed to suppress my concerns even from my wife. Weeks later, I received a call at work from Mary, who was almost panicking. She said she heard strange whispers while she was reading downstairs, and that they seemed to come from different places at different times. She was distraught. I hurried home and we decided toilet it go.

I still didn’t tell her about what I saw. All was normal until a month later when again I was awaken at night. This time I saw her clearly.

She was sitting in our rocking chair and seemed to be reading, and she looked up and smiled. I, not knowing what the hell to do, stupidly waved at her. She continued to smile and then looked down. As I looked to my side, she was gone. It was then that I decided to do a little investigating. At the Archives, I looked up material concerning our house, trying to make sense of what was happening. It turned out that the house was once owned by a widow, named Jenny.

Her husband, The Rev. had passed away some time before. Anyway, Jenny was killed during the Halifax Explosion while she was standing in front of a window when the glass was blown out. Now, this scared me but not as much as what I read after, which was that her favorite hobby was reading her rocking chair by the window. I almost lost it.

I had found the identity of our ‘guest’. I told Mary all about what I had discovered, and asked her if she wanted to move. She was touched by Jenny’s story, and said that she was harmless. I agreed, but still had my doubts. Its been years now and ‘Jenny’ is still with us. Every now and then, I hear whispers, slow footsteps, and a gentle brush of wind go by me. I do not feel threatened or scared, but rather welcome in the house.

We have not seen her again, but we know she’s still here.