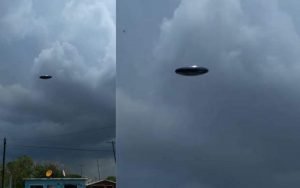 Most often, UFO photos, both of past years and modern ones, are rather blurry, muddy and out of focus, which gives rise to a lot of ridicule from skeptics.

Against this background, the pictures that have recently arrived from Mexico are really surprising.

Three photos show a dark disc-shaped body hovering in the air at a low altitude. 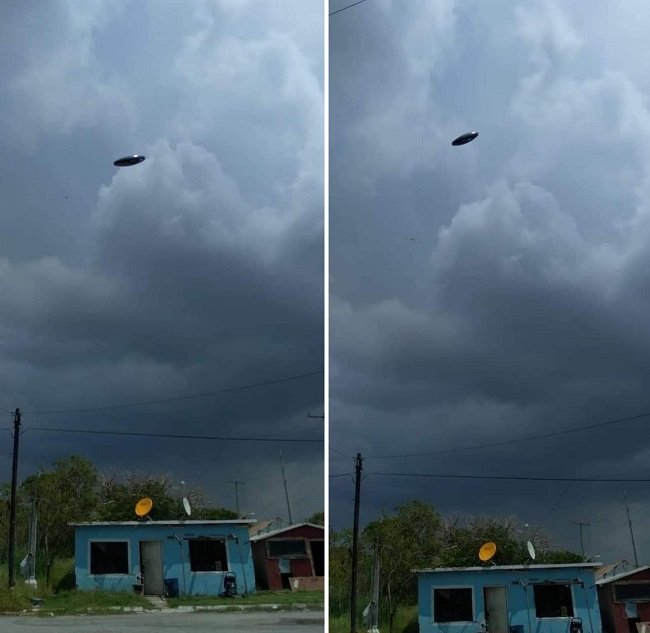 The photos are of good quality and you can see the light flare from the “plate”. It is indicated that the pictures were taken on August 17 by a Mexican named Juanito Juan, somewhere in the rural area of ​​Tamaulipas.

Juanito allegedly wanted to photograph dark storm clouds near his home, but then he noticed a strange object in the photographs. 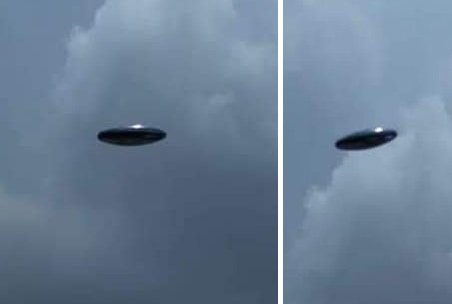 All three photos show the UFO in different positions, including a strong tilt, so it looks like the object was filmed in motion.

Critics are sure that either there was a hoax with an ordinary disk, which was thrown into the air and filmed with high-quality photographic equipment, or the images were processed in a photo editor.

A flying saucer is a descriptive term for a type of flying craft having a disc or saucer-shaped body, commonly used generically to refer to an anomalous flying object. The term was coined in 1947 but has generally been supplanted since 1952 by the United States Air Force term unidentified flying objects (or UFOs for short).

Early reported sightings of unknown “flying saucers” usually described them as silver or metallic, sometimes reported as covered with navigation lights or surrounded with a glowing light, hovering or moving rapidly, either alone or in tight formations with other similar craft, and exhibiting high maneuverability.

Disc-shaped flying objects have been interpreted as being sporadically recorded since the Middle Ages.

On January 25, 1878, the Denison Daily News printed an article in which John Martin, a local farmer, had reported seeing a large, dark, circular object resembling a balloon flying “at wonderful speed”. Martin, according to the newspaper account, said it appeared to be about the size of a saucer from his perspective, one of the first uses of the word “saucer” in association with a UFO.

The brain’s ability to perceive space expands like the Universe