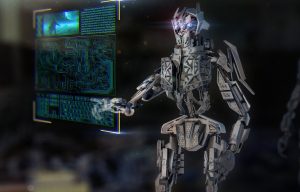 The Vatican has recently called for everyone to make ethical standards that relate to artificial intelligence more stringent. At the moment, the initiative of the church has been signed by such large companies as IBM and Microsoft.

The appeal from the Vatican indicates six basic principles that should be aimed at “protecting people.” The church also requires politicians to take more control of modern technology that could adversely affect human rights. In particular, it refers to a system that recognizes faces.

The Vatican wants to ban the use of AI to collect information without the consent of people.

The new document also indicates that the algorithms based on AI should provide people with information on exactly how they came to a certain decision. This will avoid bias.

Representatives of the Vatican very much hope that in the near future the number of companies that sign the initiative on the ethics of AI will increase significantly.

“AI is incredibly promising technology that can help us make the world smarter, healthier, and more prosperous,” IBM vice president John Kelly III said after the initiative’s signing. “But only if it is shaped at the outset by human interests and values.”