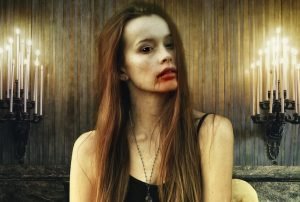 Most people associate the word “vampire” with the dead, who rise from their graves at night and go to drink other people’s blood. Meanwhile, vampires do exist, but they are not otherworldly entities, but quite living people, who, however, have strange food addictions.

Margaret Wambui Wangari, a resident of West Kahawe, Kenya, was arrested for assaulting three men. The woman first attacked them with a knife, and then tried to suck out the blood.

The incident took place right on the street, in front of passers-by. First, Margaret attacked her boyfriend and began to stab him with a kitchen knife.

Two men who were present tried to prevent her, and then she rushed at them with a knife. Then the woman began to suck blood from open wounds.

As a result, one of the men died, the other two were sent to Kenyatta National Hospital in Nairobi with chest and neck injuries. When the locals saw what had happened, they tried to throw stones at Margaret. The policemen fought her off with difficulty and took her into custody.

The reasons for this behavior are unknown. Perhaps the woman is an adherent of some kind of magical cult, the adherents of which drink blood. 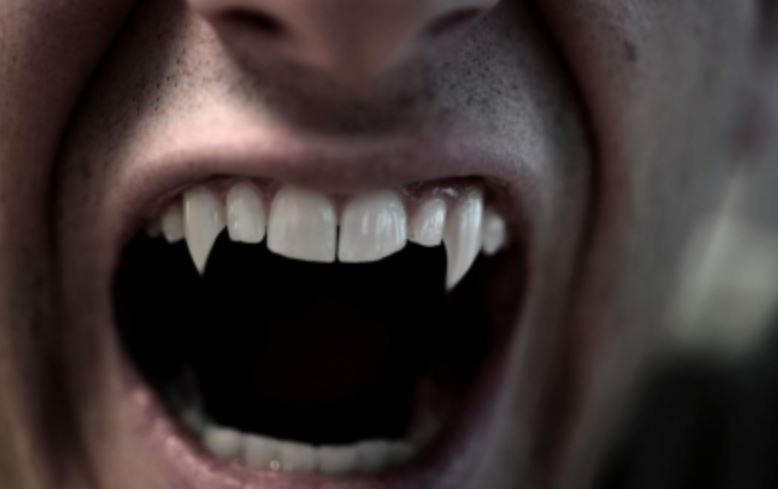 By the way, vampires, that is, lovers of blood, exist all over the world. They just don’t advertise their passion. Although not always it can be called a hobby. Perhaps all vampires can be divided into three categories.

The first of them are maniacs, criminals, aggressors. They are able to kill or injure another person and “feast” on his blood.

In some cases, the purpose of the crime is precisely the use of blood, in others this “ritual” only accompanies the criminal act. As a rule, all these people suffer from serious mental disorders.

The second category is relatively normal and adequate people who simply like the taste of blood and who may experience some physiological dependence on this substance.

According to Professor D. J. Williams from the University of Idaho (USA), usually vampires do not attack or even bite anyone. They are looking for “donors” who volunteer to make an incision in the skin so that the vampire can draw some blood for himself. Often they do this with their sexual partners.

Scientists suggest that there is some physiological feature here – for example, certain nutrients can only be absorbed by the body when they are dissolved in the blood. Or is it the consequences of a lack of hemoglobin … 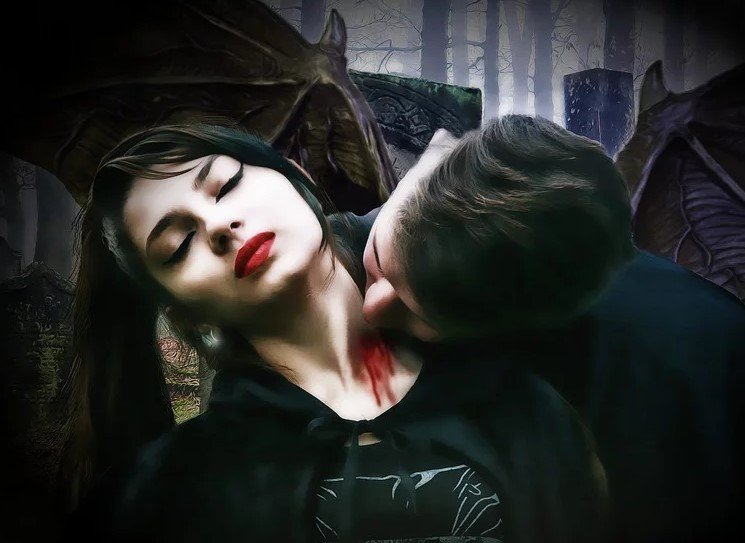 Finally, the third category of vampires are those for whom vampirism is part of their sacred beliefs or ritual systems.

In some nations, even in Ancient Russia, it was customary after a successful hunt or battle to drink the still warm blood of a dead animal or enemy, pouring it into a bowl.

If there were many participants, the bowl was passed around. Sometimes the blood was drunk only by the one who “commanded the parade” – the king, prince or military leader.

It was believed that in this way the strength of the defeated would pass to you. By the way, according to experts, the blood contains many useful substances for the body.

Nowadays, “ritual vampires” can be among the Goths, Satanists. They can even imitate vampires from fairy tales and legends – say, sleeping in coffins or intentionally avoiding sunlight.

These representatives of the “kind of vampires” are convinced that drinking blood gives them the so-called psychic energy. For the most part, however, they drink the blood of animals, not other people.

“Most vampires believe they were born that way, rather than choose their identity,” Professor Williams says.

He claims that the number of vampires around the world reaches several thousand. Perhaps there is nothing wrong with their occupation, if they do not cause real physical or moral harm to someone.

Creepypasta Based On Real Events: Check the Camera