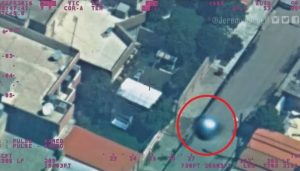 This photo of a strange flying object was taken over the Iraqi city of Mosul back in 2016 by a US reconnaissance aircraft.

Only the other day, this picture fell into the hands of the famous ufologist Jeremy Corbell and was published in his video podcast on Youtube. Corbell has repeatedly published “leaked” UFO videos by the US military.

As stated in the video podcast, this photo is a snapshot from a short video (only a few seconds). The video was filmed on April 16, 2016. The object looks like a sphere with a metallic sheen, and it’s definitely not some kind of drone, a Chinese lantern, or a balloon that has flown away from a child – typical assumptions of skeptics.

Journalists write that a UFO flying around where the US military operates has raised US Department of Defense safety concerns, and military officials are concerned that it could endanger their pilots and ground troops.

Although the frame from the video itself was not classified, this video was part of a secret briefing prepared by the Pentagon Unidentified Air Phenomena Task Force (UAPTF), so that is probably why the video was not released by Corbell.

At the briefing, it was said that the metal ball was moving over the city from south to north and was going smoothly, not assuming a decrease. At the same time, the ball flew very close to the spy plane.

An intelligence source with operational knowledge of the footage said it was filmed using “FMV [full motion video] DGS-1”, implying that the aircraft’s sensors were picking up infrared and other data when the UFO was filmed. 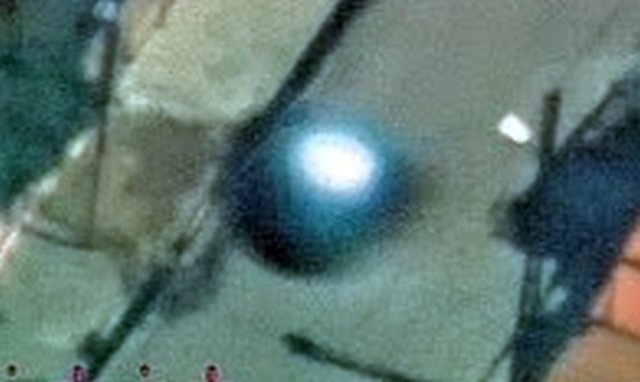 Also, the officials who collected the video of the briefing believe that this “sphere” was under reasonable control.

An intelligence source said the footage was sent to Joint Base Langley-Eustis in Virginia, USA, where imaging and signal intelligence experts reviewed it for United States Central Command (CENTCOM).

Despite the fact that these experts analyzed and studied the video for more than six years, the incident remained unexplained.

Recently, the US Director of National Intelligence published a report , according to which they reviewed 510 UFO reports in the past 2022, which is three times more than in 2021. Moreover, most of these reports came from the military.

One source who saw the full (classified) version of this report, and who is not named by the journalists, described dozens of videos stored on secret servers showing the same metal balls filmed by American spy planes or drones in the Middle East.

“Our drones are operating at 6-7 km in the air and these balls are flying around. The operator will look at a city in Syria and suddenly a small ball will fly through the viewfinder. The operator will yell “What the hell?” and start focusing on it, and then “he just watches the ball for a while. We could see it for 30 seconds. And then the ball suddenly disappear from the screen,” the source said.

Civilian UFO eyewitnesses also often report seeing objects of this type – a ball with a metallic sheen flying low over the city and having no visible engines. Ufologists consider this type of UFO “reconnaissance drones”, that is, these are alien drones.

In May 2022, a “leaked” video was released showing such a metal ball drone very quickly flying past a US military aircraft. Its speed was so great that in the video this ball can only be seen by greatly slowing down the playback speed.