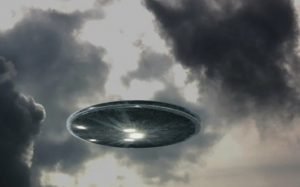 The Navy says it has more UFO footage but doesn’t want to make it public. The US Navy has said that the release of any additional UFO footage “would be detrimental to national security” and said that all government UFO footage is classified information.

In response to a freedom of information request, the Navy told The Black Vault website that any public release of new UFO footage “would harm national security by providing valuable information to adversaries about Department of Defense/Navy operations, vulnerabilities and/or capabilities. No part of the video can be selected for publication.”

Black Vault is looking for all videos labeled “unidentified aerial phenomena.” This is an interesting response from the Navy, because often military departments give a so-called GLOMAR response in which they neither confirm nor deny that the recordings (in this case the video) exist. In this response, the Navy acknowledges that it has more videos, and also gives an explanation for why three previous UFO videos were made public.

“While three UFO videos have been released in the past, the facts relating to these three videos are unique in that these videos were originally circulated through unofficial channels prior to official release,” the response said.

“These events were widely discussed in the community; moreover, major news outlets released special editions on these events. Given the amount of information in the public domain about these encounters, it was possible to release the files without further compromising national security.”

It is true that the three videos leaked by former Blink-182 vocalist Tom DeLonge and the New York Times were not officially released in the first place. But the Pentagon has been talking about UFOs regularly in recent years, and earlier this year it showed additional UFO videos to Congress.

It appears that the military wanted to tell the public and Congress that UFOs are very real and a threat, and that they need more funding to determine what they are and possibly protect us from them. But they continue to keep the tapes under lock and key.