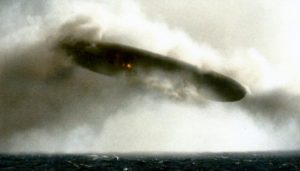 A previously undisclosed UFO incident from the 1990s has been identified by retired US Navy pilot David Fravor, reports Sputnik International.

Now the story of the’ Tic Tac’ UFO observed by fighter pilots during training exercises off the San Diego coast in 2004 is well documented, with video allegedly captured during the incident being declared credible as recently as last month by U.S. Navy officials.

But, what is not so well known is another incident that occurred a few years earlier.

The pilot stated that a “kind of dark mass coming up from the depths” which quickly disappeared.

“As they hoist the BQM up, he’s looking at this thing going, ‘What the hell is that?'” said Fravor. “And then it just goes back down underwater. Once they pull the kid and the BQM out of the water, this object descends back into the depths.”

Another very similar incident happened a few months later, according to Fravor.

“He’s out picking up a torpedo, they hook the diver up on the winch, and as they’re lowering him down, he sees this big mass,” said Fravor. “He goes, ‘It’s not a submarine’. He’s seen submarines before. Once you’ve seen a submarine you can’t confuse it with something else. ”

“This big object, kind of circular, is coming up from the depths and he starts screaming through the intercom system to tell them to pull the diver up, and the diver’s only a few feet from the water.”

“They reverse the winch and the diver’s thinking, ‘What the hell is going on?’ And all of a sudden he said the torpedo just got sucked down underwater, and the object just descended back down into the depths. They never recovered it.”