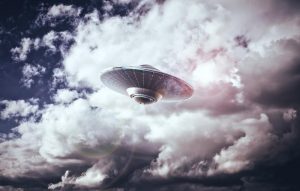 The Pentagon is increasingly making loud statements, which is evidence of a more serious attitude of the military department to the problem of UFOs. This comes against the backdrop of first-hand reports from US Navy pilots in the press.

For example, since 2004, the US military has several times observed unidentified objects in the sky that moved in an inexplicable manner.

Heated discussions immediately broke out over whether these were meetings with unknown foreign drones and airplanes, or just optical illusions, or maybe something else. Meanwhile, some government officials are convinced that such events will have serious implications for security and technology development.

In a recent television interview with CNN, former US Navy chief weapons specialist Sean Cahill elaborated on a bizarre phenomenon he and another pilot observed in 2004. They saw a mysterious object in the form of “Tick-Tac”, which seemed to defy all the laws of physics.

“In 2004, I was the master of arms aboard the warship Prince,” Cahill told CNN. “By observing what the unidentified object could do, one could say that at that time we had no protection against it.”

The strange object seemed to have flown from other worlds.

“This technology outpaces our arsenal by at least hundreds or even a thousand years,” Cahill said.

The pilots have never seen anything like this before.

“First, the aircraft did not have any control surfaces,” Cahill explained. “He didn’t have any propulsion systems that we could see. He moved at hypersonic speed, ahead of our planes entering the point of combat patrol. It seemed that he knew in advance where the planes were going. We have no such means and capabilities in our arsenal ”.

The news comes after former US Navy lieutenant Ryan Graves told CBS that he has encountered unusual objects appearing in the airspace over Virginia Beach almost every day for two years.

“The fact is that violations of US airspace by unidentified aircraft are constantly being recorded,” he said. “They have incredible capabilities, perhaps surpassing anything in our own arsenal.”

“This has been going on for years,” Mellon says. – But they began to talk about it only now. This is a serious flaw in our intelligence – after all, we are faced with an unknown threat that needs to be dealt with. ”