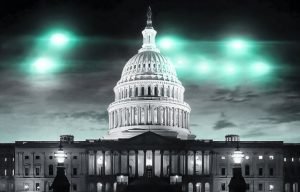 Officials from the US Pentagon explained the reasons that prompted the military to create a special task force to study and counteract unidentified flying objects (UFOs).

Initially, it was reported that the unit’s objective will be the timely detection and identification of UFOs in the country’s airspace, and it will replace the Task Force on Unidentified Air Phenomena, created last summer.

The reason for this activity in the study of UFOs was the publication of a report from the intelligence community submitted to the US Congress. In particular, the document says that “after a thorough examination of photo and video evidence, it was not possible to identify the mysterious objects that fell into the field of view of the military pilots.”

“We take reports of any flying object, identified or unidentified, very seriously and we study each one of them. The invasion of any air object into our space creates safety problems for flights and operations, and can also threaten national security,“ the US Department of Defense quoted The New York Post as saying.

Earlier it was reported that since 2004, the US authorities have investigated 144 cases of the appearance of unidentified flying objects, which developed a speed inaccessible to modern aircraft, and also changed the direction of movement contrary to the laws of physics.

It is known that the new UFO team will include representatives of a number of US government agencies, in addition to employees of the Department of Defense and the intelligence community.

In addition, a special council will be created to control the activities of the new structural unit. So it seems that the US decided to take the issue of tracking UFOs more than seriously.