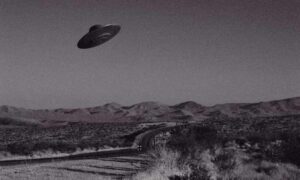 UFOs can pose problems for the national security of the United States of America. This is stated in the report of the national intelligence of the country, published on June 25.

The document notes: there is a risk that unidentified flying objects will clutter up the airspace, thereby interfering with the pilots.

Also, UFOs can pose a challenge in the field of national security if they are platforms for collecting information from foreign adversaries, or if there is evidence that the adversary has developed some kind of breakthrough technology.

United States National Intelligence reports 144 UFO sightings in the country’s airspace that experts have been unable to explain. At the same time, it is emphasized that in most cases, the objects managed to disrupt the US military activities.

On June 3 of this year, The New York Times published an article on air objects observed by naval aviation pilots in recent years. The material said that US intelligence was unable to find evidence that these objects are alien ships. It has been suggested that they belong to China or Russia.

In May, White House spokeswoman Jen Psaki said that the US authorities were serious about reports of UFO intrusions into the country’s airspace. As Psaki emphasized, each such case is thoroughly investigated.

Ufologist discovered a pyramid-shaped UFO on the Moon